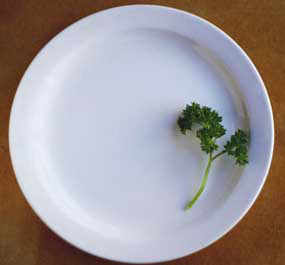 When I spotted Aphrodite's post on e-dieting lined up, I decided not to blog about the lovely new Voya handcream I was planning on telling you about (never fear, I'll bring you that tomorrow) and instead, I decided to reveal how I've been doing on an e-diet.

Things came to a biscuit-fuelled head recently. I'd been steadily putting on weight for years, as I tend to do, but I'd also been working in an office for the past year where temptation was rife. Having never really worked anywhere there was a lot of chocolate on offer, work-time was probably the one time I could absolutely restrict what I was eating. That all went out the window. As I'm a pear, it's easy enough to hide some weight, but it had gotten to the extent that I was becoming an apple-shaped-pear; I was putting weight on my chest and face, and I was not happy.

Aphrodite suggested Tesco diets. On I went, and signed up for 10 weeks of a Low GI diet. 1300 calories is my daily allowance, and it's spread across 3 equally sized meals of 390 calories apiece, plus a treat. I can have 4 boozes per week too. Doesn't sound like much, does it? It's not - but it is doable. Brekkies are things like cereal and skimmed milk, one egg and 2 slices of wholeweat bread or fruit and yogurt. Lunch, I typically have a 30g of chicken breast on wholewheat, and fruit. Dinners are teeny - 90g of bol, 60g of spag is one I have a lot. I tend to eat a head of broccoli with that one - you kind of have to. But it's not so bad - your stomach shrinks quickly and you adapt. I did pretty well for the first 4-5 weeks and though I haven't weighed myself - I can't bring myself to, yet - I can see I've lost about a stone. My arms are slimmer, it's gone off my face, chest and stomach, my hips have reduced a bit, and I'm wearing things I haven't fitted into in a year.

I've a long way to go, and fell off the wagon seriously last week, but e-diets have really helped, I think. Everything is laid out for you, from portion sizes - the biggest scupperer of any diet - to meal suggestions and a chart that tracks your weight-loss and progress. You don't have to be morto at a meeting with lots of people you don't know, and you actually can't eat crap on it - the GI factor just doesn't allow it.

I'll keep you updated, but so far, thumbs up to e-dieting!