Well, they are worth $40,000.000, and this is quite the sizeable scratch... Lookit, it even requires a sicking plaster and everything.

Taylor posted the below to Instagram with the following captions: "GREAT WORK MEREDITH I WAS JUST TRYING TO LOVE YOU AND NOW YOU OWE ME 40 MILLION DOLLARS." 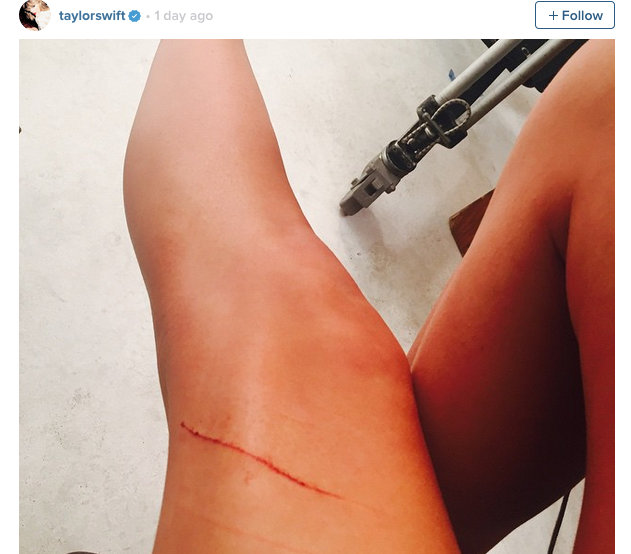 Wow. Given the width between the scratches, Meredith is one massive moggy.

And of course the plaster has a pun on it. Taylor just couldn't help herself... 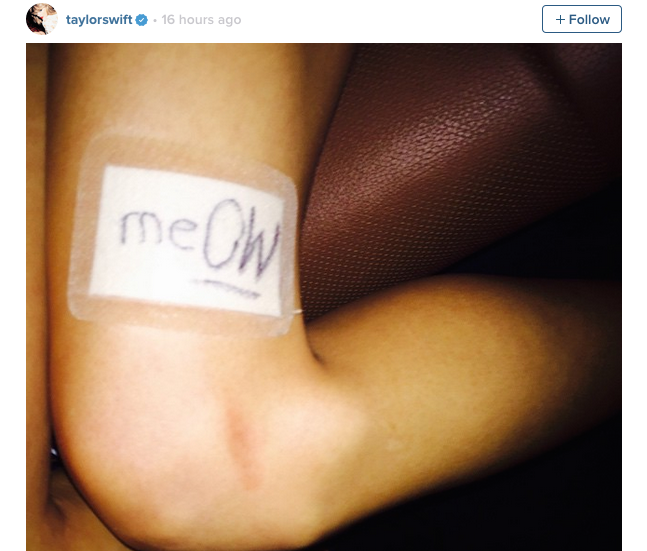 Of her pins being worth a reported $40million, a source apparently close to Taylor said at the time: "It seems like a ludicrous sum, but if something was to happen to her legs, Taylor wouldn’t be able to give her signature stage performances. Her $200 million career would be in big trouble. She thought her legs were possibly worth one million, but $40 million shocked her. She’s even a little embarrassed about it."

Needless to say, Taylor will have to lash on the leg make up should she be whipping them out onstage. Here's a handy recommendation.

Now, here's the 40 million dollar question; if you were to insure a body part...what would it be?