In Which Remington Concludes his Treatment at Sanas 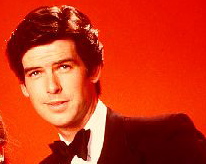 We left Remington earlier this week just after he'd had an Ionic Foot Detox in preparation for the main event. And the main event was of course a Colonic! So how did our brave Private Investigator fare?

"After meeting the staff of Sanas on Tuesday I was pretty relaxed heading back there on Friday. I arrived 10 minutes early, as requested by Betty, and filled in a brief questionnaire regarding my general health (and poo!). Jennifer, the therapist, sat me down for a chat before the treatment. I have to say, sheâ€™s brilliant. She really knows her stuff and was able to answer any questions I had. She also has a really relaxed manner about her. I felt comfortable and she reassured me that I really had nothing to worry about, and if at any stage I wanted to stop the treatment she would do so.

She then showed me in to the treatment room. Itâ€™s a nice warm comfy room, with its own en suite, and she left me to get ready. This involves taking off the bottom half of your clothing and covering up with a towel and lying down on the treatment table, easy enough! Then she knocked on the door to make sure I was ready and came back in to begin.

The worst bit of the whole treatment was having the tube inserted. When I say worst I mean there was a sensation of something going in but it was fine. The utmost discretion and care is taken with this bit, as this is probably the most worrying part of the whole procedure for most folk. Itâ€™s nothing to be worried or embarrassed about. The water used is at body temperature and you donâ€™t feel it swishing about or anything like that.

What was strange and took a bit of getting use to was the sensation of wanting to have a poo. Itâ€™s really weird lying on your back and trying to do something that you are taught from a very early age to do sitting down on a toilet. Apparently this is quite common. I soon got round that and just relaxed. Thatâ€™s actually quite important for the success of the treatment: The more you relax the better the result.

Now Iâ€™m not going to go in to what was coming down the tube, Iâ€™ll leave that to your imagination. Iâ€™m just glad to say that there wasnâ€™t any of the following: Lego, Lord Lucan, Shergar or my Holy-Communion dinner. My Peristalsis appears to be operating on a satisfactory levelâ€¦thank god for that.

The whole procedure was pretty relaxing and I did feel lighter when it was finished. On the issue of weight loss, Jennifer did stress that this probably has more to do with people actually being careful about what they ate afterwards and generally being healthier than actually anything that gets removed during the treatment. She did say however that quite a few of her clients had reported weight loss after their initial treatment.

Itâ€™s definitely something that I would have done again. Itâ€™s not for everyone but having said that itâ€™s also a lot less scary than people imagine it to be. I have private investigation exams coming up at the end of April by which time I imagine I will have drunk a lake of coffee. I think a day trip to Sanas for a bit of relaxation / detoxing will be had".

Well, we think bauld Remington applied himself with his usual vim and vigour to the task at hand, and we're thrilled he was pleased with the results. Thanks also to all at Sanas for their great professionalism, not to mention great treatments! If you're interested in having Colon Hydrotherapy at Sanas, visit their website at www.sanas.ie or phone them on 01 2164933.