NEW: FAST Shampoo and Conditioner: If It Lives Up To The Hype, You'll Have Long Gruaig By Christmas

This is the strangest product to pass through Beaut.ie HQ in a while. With the exception of those underarm eye patches. That was a strange week...

FAST are claiming this product will stimulate the  follicles and give you two inches of hair growth per month, rather than the average 1 inch of growth. 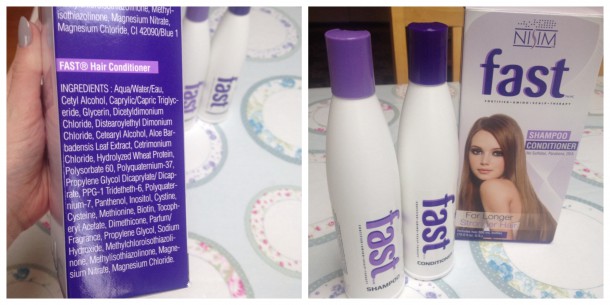 This is tempting. I've grown my hair out from pixie short several times, and any product which will reduce those 'in between' growth periods (where my hair made me look like a male cast member from Footloose) is something I definitely would have considered buying.

I wish I wasn't always such a cynic. I mean, I'd love to believe that this works, but I'm confuddled as to how it could. Unless it nourishes hair to prevent breakage? But even that wouldn't make hair look longer, only thicker.

I've used these products a couple of times, and they lather and condition nicely. Their purpose is growth, though. You're not spending €32.99 on something that 'lathers nicely'.

I'm going to give these a longer trial before giving a verdict on the growth rate. In the meantime, we thought you might like to know that this product has landed on our shores. You know, just in case you're sporting a bit of 'Kevin Bacon in Footloose' hair yourself...

Have you tried this? What are your thoughts? Let us know in the comments!