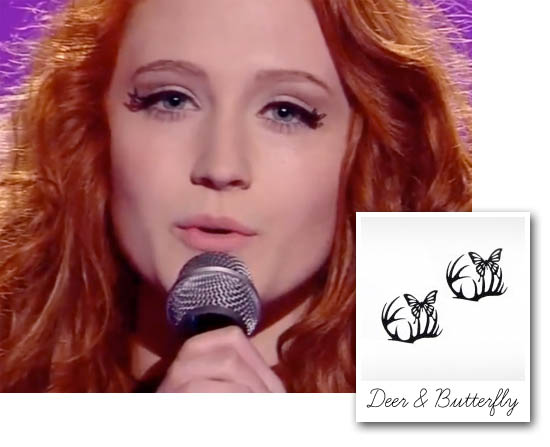 I blogged about them over a year ago and have been meaning to try Paperself laser-cut eyelashes since I first heard about them, but in the end it was an X Factor appearance that prompted me to get a shimmy on. Janet Devlin sported butterflies at the outer corner of her eyes a couple of weeks ago that I instantly recognised as Paperself products (they were the brand's small Deer and Butterfly lashes, fact fanz) and, paired with otherwise minimal make-up, they looked totally amazeballs.

The eagle eyed among you will have spotted that she also wore their Under The Sea strip lashes as part of her Halloween get up on Saturday night. 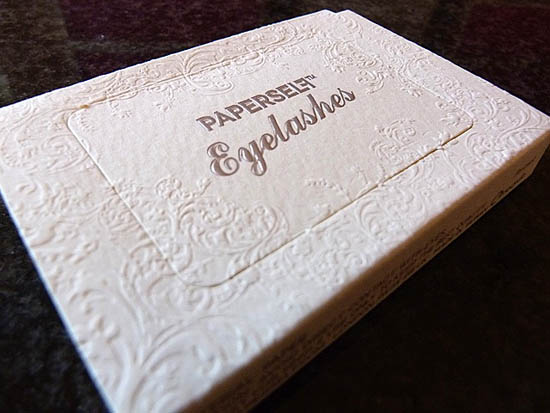 The peeps at Paperself kindly sent me a pair of Peacock falsies (buy them for €13.69 from buyeyelashes.co.uk or €16 from Harvey Nichols Dundrum) to play with and they looked so prrreeeetty in their little embossed presentation box that it was a couple of days before I could bring myself to actually take them out and use them. 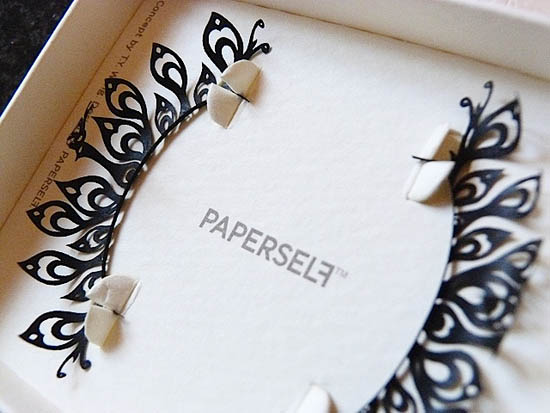 Like all Paperself lashes, these are incredibly delicate and intricate, like miniature works of sculpture for the eyes.

They're also a lot longer than your common or garden false eyelashes, but actually I think that's a good thing: by trimming them carefully, you can get a pair of corner lashes (or two) as well as a pair of full-length strip lashes out of each box. 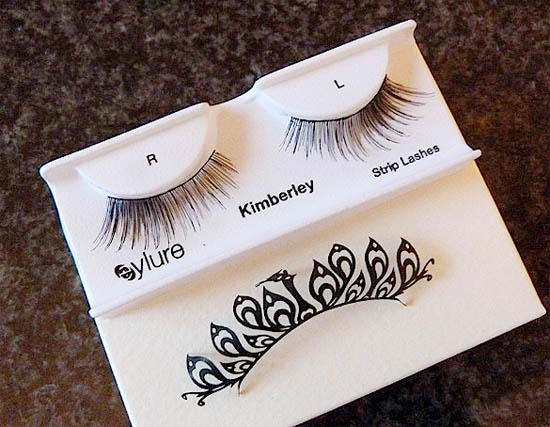 Of course, statement eyelashes such as these aren't exactly for everyday wear; I think it's fair to say that these would cause even the most indifferent coffee shop employee to raise an eyebrow. But lordy lord, they are exquisite. 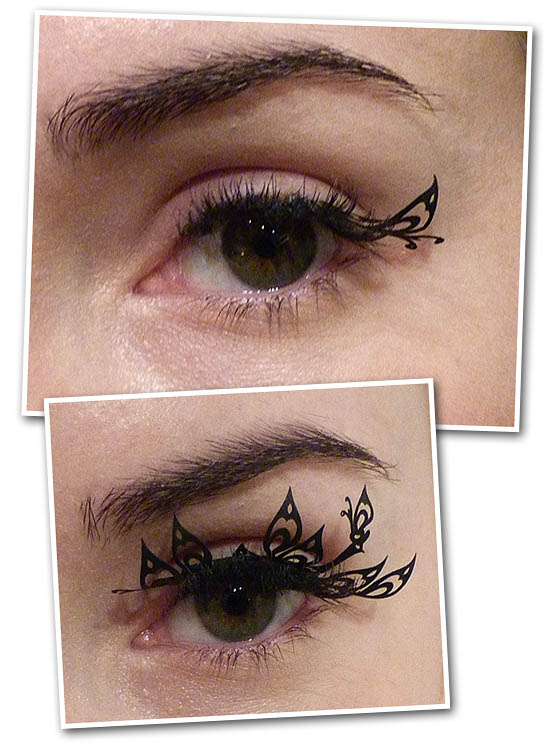 And here they are on my red, glazed eyes (sorry, I'm kind of dying of a chest infection at the minute.) The full-length lashes are well OTT so I'd probably go for the corner versions In Real Life and pair them with a lick of liner to disguise my lashes. Eyelash glue's not included with these, by the way; so you do need to use your own, and if you're careful when removing the lashes you'll easily get a few uses out of them.

What do you reckon to these Paperself offerings?