The Four Emotional Stages of Getting a Wash, Cut and Blow Dry

It’s recommended that you get your hair cut every six weeks. For some, however, getting a haircut every six years is still too frequent.

A wash, cut and blow dry can be an uncomfortable and distressing experience, so I’ve compiled a list of the four overwhelming emotions involved.

If you go to a nice hairdressers, they will offer you a drink. It is done in such a nonchalant way that you feel comfortable enough to decline the offer and move on with your life. Called me old fashioned, but a hairdressers is no place to be offering beverages, it’s like bringing snacks to a cremation. The hairdresser may take offence to your incredibly thoughtful gesture of saving her the hassle of getting you a drink and will possibly keep asking you in a light-hearted (but very threatening) way until you eventually cave with guilt and settle for a soy decaf chai latte. It’s her fault, she pushed you into it, now let her struggle to work the Nespresso machine while you brush bits of hair clippings out of your seven months out-of-date magazine.

You are quite au fait with the English language. You’ve been using it for quite some time and can effectively communicate with other people in any given situation. However, this changes once you step inside a hairdressers. You’ve rehearsed what you’re going to ask for on the journey there, even as you step in the door you’re still muttering the requirements to yourself. But once Herself (with the barnet that’s a cross between Phil Mitchell and Lily Savage) asks what you want done, you can’t for love nor money coherently answer her.

The word ‘trim’ blurts out, followed by a few strange borderline-indigestion rumbles. Frustrated, you end up making a cutting motion with your fingers. My advice is to take Spanish lessons and travel to Spain every time you need a haircut. It’ll cost a bit extra but you have a better chance of communicating with their hairdressers, plus they probably offer Tequila while you wait. 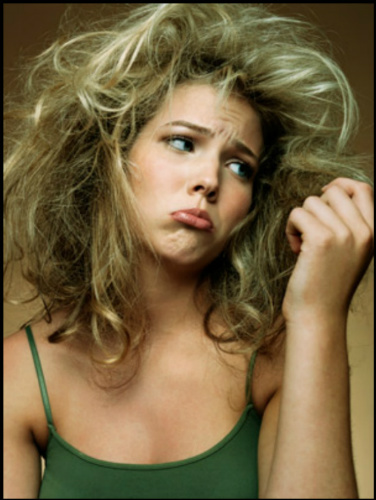 I LOVE it, thanks a million

Literally every time you get your hair cut, there is a disinterested transition year student on washing duties. This means you get shrugged at and motioned towards the sink for what could rightfully be compared to a modern torture technique.

First, you get soaked. The hose has a mind of its own and young Dearbhla from TY doesn’t care to make any effort with controlling it. Next, torture ensues. Dearbhla is rummaging through your shampoo-drowned scalp like it’s a scratch card and the big prize is revealing a small part of your skull. Congrats Dearbhla, three scars stars! You close your eyes but the pain doesn’t ease, not until the ordeal is seemingly over, but then Dearbhla proceeds to rip every hair out of your knotty little head.

Your inability to effectively communicate how serious you were when you used the word ‘trim’ has resulted in what can only be described as a massacre. Your lovely, luscious, Jennifer Aniston-esque locks have been butchered beyond belief and you’ve been left looking like an extra from No Country For Old Men. Of course you wouldn’t dare say that you’re not happy, because that would be extremely rude.

So when she positions the handheld mirror behind you to see the equally-horrific back of your head, you regret not paying attention during drama classes at school, paint a rigid smile on your face and force out “Lovely. Grand, thanks”. That’ll show her! You’re ushered to the desk and held at ransom to the tune of a billion euro. Which of course you pay, plus a fiver tip. 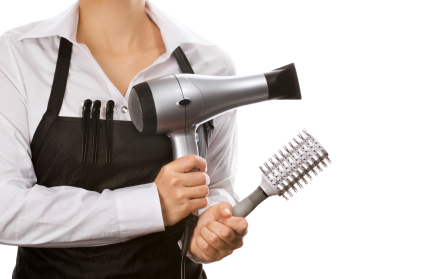 Have I left out any emotional stages? Do you have a funny hairdresser experience that will make us feel less awkward about ours? To the comments!