Here at Beaut HQ, we are obviously big fans of all things makeup. Yet we too can sometimes feel the need to justify our love for what is perceived to be a frivolous and 'girly' item, of no real importance in the serious world in which we live. In fact, when our founder, Aisling McDermott, began her beauty column in the Irish Times, there was much harrumphing and dismay in the comments section that such an 'idiotic' subject matter should be covered in this bastion of serious news. 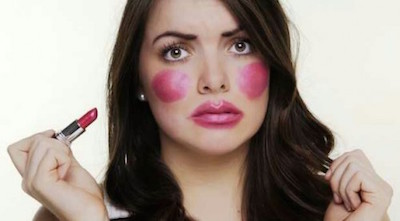 With all due respect to the men that frequently express these types of opinions (and, by and large, it is men that look down their nose at makeup) you haven't a clue. Literally. You see, you don't use makeup, therefore, you cannot ever understand the power that it holds. Now before you think I've completely lost it, I'm not talking about mystical, Harry Potter-esque stuff here. I'm talking scientifically proven facts that makeup can have an incredible effect on women's psyche.

Consider if you will for a moment, the woman who has lost her hair due to alopecia or chemotherapy. Can you imagine the trauma that she is going through? Apart from the fact that she may be battling a debilitating illness, she is also struggling to recognise the person who is now looking back at her from the mirror. She is losing her sense of self. The Irish Cancer Society say that this can be one of the most distressing parts of the treatment and that psychological support may be required. Hairpieces are in fact considered a medical expense for cancer sufferers and their costs are partly covered by health insurance or medical cards. 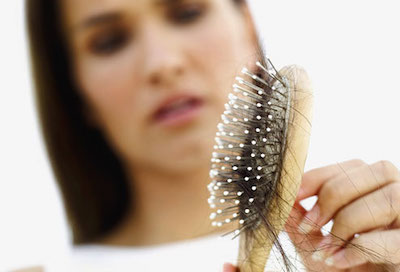 It isn't a big leap then to understand that looking your best can help with all sorts of other issues.  For example, our very own Beauty Editor, Aisling Powell, bravely shared her story of living with acne and the trauma that it caused her. While makeup didn't play a part in healing her acne, it did allow her to face the world.

In fact, something I'm going through myself prompted me to write this article.  My long-term relationship has just ended and to say that it's tough would be an understatement. At times, I'm even struggling to eat and breathe. However, a few days ago I decided that crying wasn't going to fix it.  So, while many more tears are yet to fall, I'm damned if I'm going to look like a sack of potatoes when they do. I dragged myself from my bed and made an effort with my appearance, and while it didn't heal my broken heart, it did make me feel better.  For the past few weeks, my red lipstick has become my armour.  When I put it on and look in the mirror I don't see the lost and frightened little girl that I feel like, instead I see a confident looking woman who has her shit together.  And just maybe, if I see her every day for the next few months, who knows, I may actually start to feel like her again.

Makeup isn't called 'warpaint' for no reason. For centuries, various forms of makeup have been used by both men and women to tell the world something about themselves. From Native Americans to African tribes, from the Amazonian warriors to Japanese Geisha and Egyptian Pharaohs. They all used it. Who is anyone to tell me that my red lipstick isn't just as powerful a symbol to me in its own way? 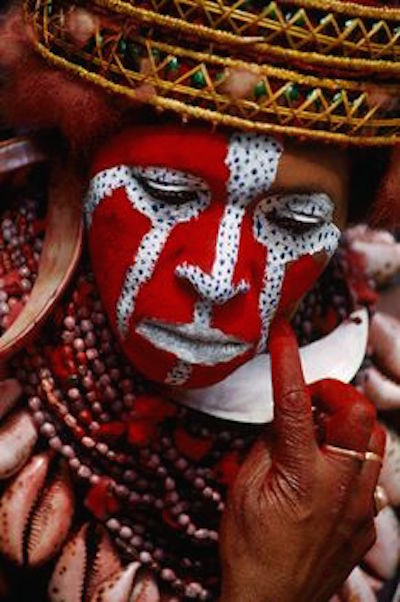 For those of us who are in on this secret, count yourselves amongst the lucky few. Never feel ashamed for loving something that can invoke an emotion not only in yourself but also in others. When life is dealing you a crappy hand, whether it be in love, health or just plain luck, take my advice: 'Get up, make up and show up'.  And keep doing it until one day you don't have to force yourself to do it anymore.  Because, as many people have said to me recently, 'Everything will be alright in the end, and if it's not alright, it's not the end'.

Do you believe in the power of makeup?  Has it ever helped you through tough times?

Angelina Jolie Bravely Chronicles the Removal of Her Ovaries