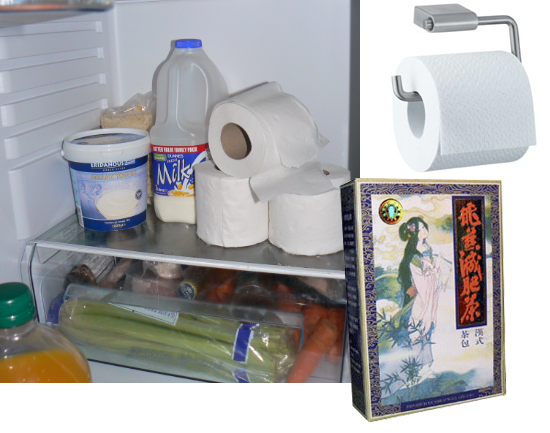 A few summers ago, I was bemoaning the inches of excess back-side that had crept up on me (maybe when I was distracted by the handfuls of chocolate in front of my gob) to a friend. Knowing that I have zero tolerance for dieting, she recommended slimming teas. She said she had tried them and the weight dropped off, despite no changes to her diet. The prospect of weight-loss with no effort appealed greatly to my inner (and outer) couch potato.

On my day off, I went to one of those Chinese Herb shops and spent €30 on a month's supply of herbal tea. Expensive, but I believed this tea would melt off my extra padding, revealing a Middleton-esque frame in just a few weeks. I couldn't find the specific brand she had recommended that had a “lady with the body of a child and a massively disproportionate head” on the front so went for the prettiest option, Fei Yan. 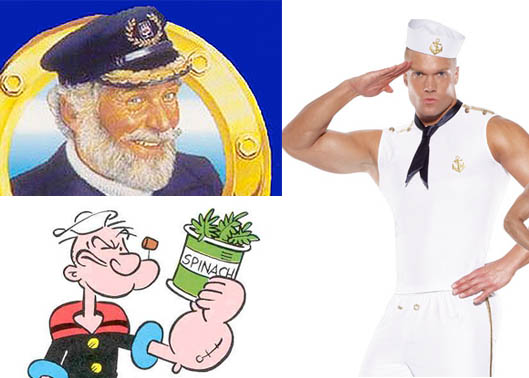 I had my first cup when I got home, only slightly displeased with the odd taste. Three quarters of the way through my first dose, I started reading the ingredients list. It's not a good sign when the only word you recognise is "semen". Not willing to admit that I'd parted with a third of my wages for a cup of, er, that, I put it down to poor translation and continued chugging away.

All was well until much later that evening, I felt like I had to go to the bathroom but was finishing off an essay so decided to wait. One more flip of my stomach and I realised that waiting wasn't an option - unless I wanted to spend the rest of my wages on a new sofa for d'mother. I sprinted to the bathroom, clutching my stomach and mentally begging for the help of Jesus, Mary, Joseph, all the saints and even some of the ones that hadn't been canonised yet.

I won't recount the following, oh, half hour or so that I spent in the loo. Suffice to say, I began making deals with whatever omnipotent being that I thought oversaw affairs of the toilet. "Oh, please, I'll never take another tea again, let me live!".

Unfortunately, I persevered. Don't judge me! I was younger and my best friend has a body that could look good in those light blue cotton jeggings, the ones with no seams or pockets. I stopped eating after a few days. Every morsel of food equated to a minute of crippling cramps, so I went without. Surprisingly, I wasn't spitting feathers for some grub. I was oddly calm, maybe because I didn't have enough energy to be anything but. I remember sitting on my friends bed, watching her demolish a Moro bar while I contentedly sniffed the wrapper.

The results were noticeable; the scales showed that I'd dropped more than a few pounds and my clothes were much looser. I think I lasted two weeks of the recommended month before I cracked, blame it on the regard that I have for my colon and my lifestyle - spending more time on the toilet isn't a luxury I can afford. After I stopped, I gained what weight I had lost back quite quickly.

When I was back to consuming and absorbing enough calories to think, I really regretted trying the tea. After I stopped, I gained what weight I had lost back quite quickly. All the pain, time and money had been a waste. What had been billed as a miracle slimming tea was really just a box of laxatives.

While it would be nice to think that a few cups of tea will transform your body into that of a seasoned gym bunny, it's just not the case. The old “eat less, move more” method really is your only man.