Saturday was World Beard Day (yes, we have a Day for everything now, World Toenail Clippings Day is just around the corner). And here at Beaut.ie, the mere mention of the word beard has us reaching for the smelling salts because Irish men do  good beard. And an Irish man that doesn't have at least a HINT of ginger in the beard is as rare as finding a show that Baz Ashmawy and his mammy have not yet appeared on. But neither of them do good beard so I digress.

So apart from hipster resurgence, why the meteoric rise in the popularity of facial fur of late?

Well, as any owner of a beard will tell you (male or female), you take on a responsibility and a distinct distaste for gobshites when you grow one.

Things are clear-cut. Himself can sit on a rock facing a mountain with a stick and not look out of place, he can stride purposefully into any place of commerce and demand to see the manager. Yes, having a beard means a sign strapped to the face that says "I MEAN BUSINESS". 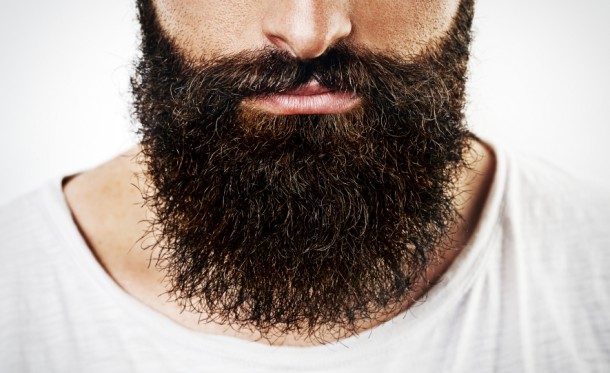 And true bearded men who you know, channel the essence of The Beard, do not celebrate the ownership of a beard with an international day of recognition. No, they go about their business in quiet solitude and contemplation, occasionally stroking it in thought. They do nothing else with it (even if we fantasise about putting flowery clips in it. Just me? Ok then).

So, to honour those fine Irishmen with proud beards, here are our top five furry men.

Ah yes. The burnt-orange beard of the Bender of Fasses may be an international star and celebrity, but that beard is all Kerry and no nonsense.

Not all beards have to be rugged, dirty and fighting off hordes of Vikings. They can be soft, understated moments of facial ruggedness that blend in at a picnic with bacon. Bord Bia Man, we salute your family-friendly face mane.

We remember a time when Irish rugby triumphed and brought the nation to a roaring climax and we thank Gordon D'Arcy's beard for that moment. Sure, B'OD was there but it was D'Arcy's sheer commitment to facial hair that won us the title. And just like that, the beard went - but we still have the memories.

Brendan Gleeson's beard is worthy of an Irish High King. Just LOOK at it. That thing could command legions of blood-thirsty Irish warriors into a mighty battle, directed by Ridley Scott and with a soundtrack by Horslips and Joe Dolan. Oh yes. We can see it now. Brendan Gleeson stars in Beard: The Reckoning. And it's two hours of Brendan Gleeson's beard cutting a bloody swathe through medieval knights. It'd win every Oscar going and be added to the secondary school curriculum.

Have a look below at some of our choices in the International category for Top Beards (all whilst stroking your own beard if you have one, or just locate a furry man and borrow his for a few moments).