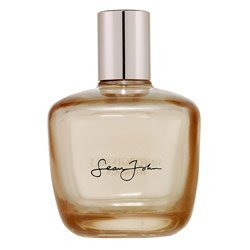 Not content with getting J Lo into loadsa gun related trouble, releasing rubbishy R n' B tunes and allegedly being famous for never, ever paying his hotel and bar bills, Sean John, (aka Puff Daddy aka P Diddy aka complete and utter tool), has gotten into the 'sleb fragrance game too.

He first released a version for men a year or so ago, and more recently, he let his womens edition loose upon the world. Oh goody! What a treat! And in truth it's an inoffensive scent - and that's really all there is to say about it. The only thing that's gonna set it alight is its alcohol content. But the name ladies, the name! Unforgiveable? What - and excuse my French here - a SHIT name for a perfume.

Indeed, it would be entirely hard to forgive someone who thought so little of you that they gave you this for a gift, so on reflection, it's actually pretty well named.