Bump Blog: Has anyone offered you a seat while pregnant?

22 Weeks: Your baby is about the size of "a small doll" / a "Spaghetti Squash" (something else I'm probably meant to be eating) / a "Papaya" and has "finally broken the one-pound mark. Your little doll's eyelashes and eyebrows are also well formed now."

As the bump is starting to increase in size, and the sciatica is going ninety as the 'relaxin' really starts to kick in, now is probably a good time to tackle one of those ongoing issues... seating on public transport.

Everyone's experience of being pregnant on public transport during rush hour is unique to them, this is just mine by way of a gauge. In a word... disappointing. Speaking as someone with two older sisters, one of which had to make the daily rush hour commute twice a day until 37 weeks pregnant, I'd heard the stories. Therefore, whenever I saw a pregnant woman standing on the train, I'd always give up my seat. After all, it could be me someday, and karmic energy is bound to play a part, right? WRONG.

The only time I've ever been offered a seat was something of a perplexing scenario. Firstly, it wasn't a packed train. Secondly, the offer came from a gentleman who was a familiar face during the morning commute, so why he suddenly assumed I was pregnant and hurriedly said "please, have my seat" must have been down to my outfit choice that morning. Either way, I took the seat, for obvious reasons. 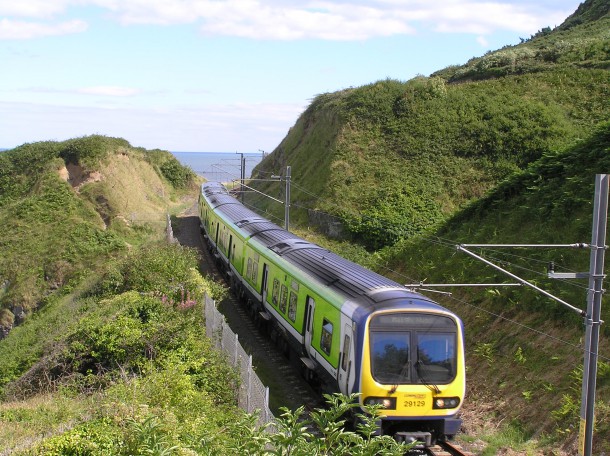 So, to summarise, the only time I've ever been offered a seat on a train was when I wasn't pregnant. What about the all the months I was visibly carrying a child on top of my pelvis? Luckily enough, I tend to be in the office at an ungodly hour, so generally there were a few spare seats - I never had that much of an issue. However, there were several times when a later train was required, when an antenatal appointment was being attended...

Picture the scene. A woman visibly in her third trimester, unwittingly (I swear) swinging her bump in the faces of seated passengers as she squeezes her way down the aisle, away from the scrum at the train doors. I know what you're thinking; the main reason people don't offer their seats is because they don't want to assume someone is pregnant and therefore offend them. Well, I was carrying my 'NATIONAL MATERNITY HOSPITAL' folder in my arms as it didn't fit in the bag. There was no mistaking the state I was in.

For the entire journey I stood, in front of school children and able bodied men and women, all seated. Some stared out the window, some were "asleep". Some were consumed by their technology, and there was one woman who eyeballed me for the entire journey. She was the only seated person to make eye contact, while most of the passengers being squished by the doors were communicating their collective disgust to me in an over-animated fashion. One mouthed "I'm so sorry". No idea why she was personally sorry, unless she was apologising on behalf of human kind. Another smiled at me and rolled his eyes. Another threw her hands up (she had a bit more room than most) in an exasperated fashion. If only these people had been seated instead. I would've definitely gotten a seat.... 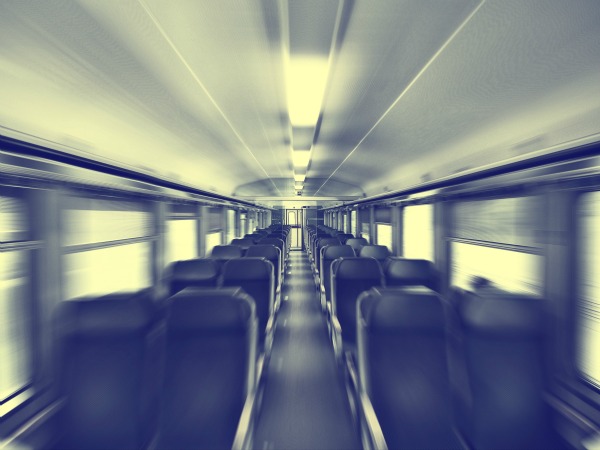 This scenario wasn't a once off, it happened at least 4 times during my last pregnancy. Whenever I did get a seat, and there happened to be another pregnant woman standing, I'd feel obliged to swing open the coat and start fanning the face to signify that I wasn't in a position to give up the perch. Did anyone sacrifice their precious seat? Few. Thankfully I've been working from home since Lara was born so I don't have this issue nearly as much on this occasion. If I'd to get the Dart a few weeks back I would've painted everyone in spew, so that would've been interesting (while we're at it, let's spare a thought for those who aren't blatantly pregnant as yet, but are feeling possibly the worst).

OK, so what does this boil down to? In one camp we could have the following opinions: "Welp, you got yourself pregnant", "It's an equal society", "You're not disabled" and so on. In the other camp we have "You obviously have no idea what it's like to carry another human being" and "Lord, did no one teach you any manners?" Both are extreme opposing views, but - given my current state - I fall into the latter camp. WHAT IS WRONG WITH YOU PEOPLE?! AT LEAST OFFER ME THE POXY SEAT. There, I said it.

Have you had a similar experience? Or do you not see why someone should give up their seat? Do you think the government should commission large badges / lanyards saying "YES, I AM PREGNANT, AND I WOULD APPRECIATE YOUR SEAT, THANKS" for mums-to-be who want to wear them, you know, just to save a lot of confusion?

BTW, for anyone who may have momentarily wondered, we're having another girl. Lara is thrilled.

Previous Bump Blog>>> 21 week scan - should we find out the gender?