You may or may not recall the ordeal Johnny Depp had to endure while filming the most recent Pirates film in Australia. Seemingly himself and Amber Heard 'smuggled' his two Yorkshire terriers, Boo and Pistol, into the country via their private jet, and authorities - particularly Australia's agriculture minister, Barnaby Joyce - was not best pleased. He called for the dogs to be euthanised if they were not deported immediately.

Anyway, since the incident in May, Amber Heard has been summonsed to court for "illegally bringing" the dogs into the country - hey, but at least Johnny can joke about it. When questioned about his dogs at the screening of Black Mass at the Venice Film Festival, the 52-year-old actor said: "I killed my dogs and ate them under direct orders from some kind of, I don't know, sweaty, big-gutted man from Australia."

Speaking at the time, Joyce said: "He has decided to bring to our nation two dogs without actually getting proper certification and the proper permits required. Basically, it looks like he snuck them in. We found out he snuck them in because we saw him taking them to a poodle groomer... There is a process if you want to bring animals: you get the permits, they go into quarantine and then you can have them. But if we start letting movie stars - even though they’ve been the sexiest man alive twice - to come into our nation [and break the laws], then why don’t we just break the laws for everybody? It’s time that Pistol and Boo buggered off back to the United States."

In case you're wondering - yes, Amber's black plunging number is by Stella McCartney. She opted for bursts of colour the following night when she was promoting The Danish Girl, in Alexander McQueen.

As for Depp's crepes? They do indeed appear to be spatz inspired creeper Docs. In a word - WOW. 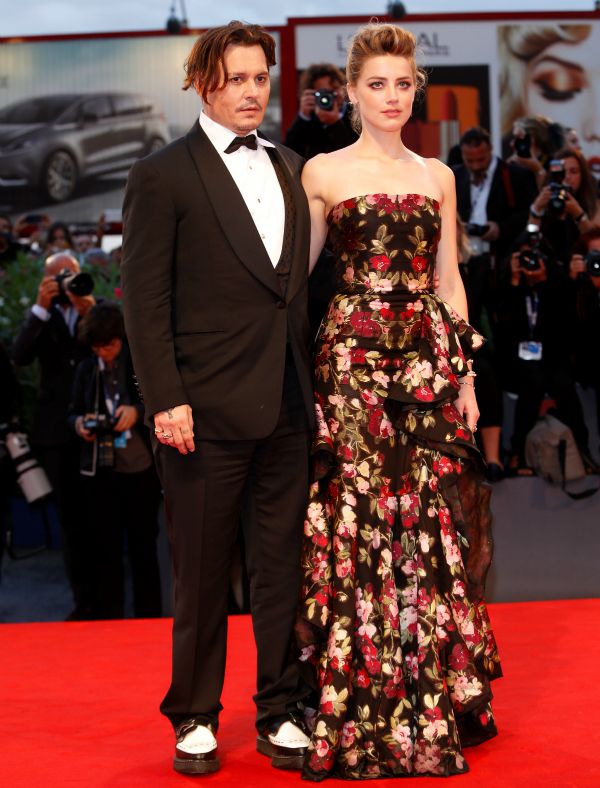 Oh, dear. Johnny Depp and Amber Heard's divorce drama is still not over

When will it end?

“With a particular focus to stop violence against women”

This story gets stranger by the day

Amber Heard and Johnny Depp have released a joint statement

"Our relationship was intensely passionate and at times volatile, but always bound by love..."

Dedicated to my ex