Fancy a Tiny Peek into Blake and Ryan's Home?

We think we want to live in what looks likes their shed. Or office. Whatever it is, we like the décor.

Now, onto the issue of Blake branding Ryan a 'hypocrite'. It's all in good jest, obviously, I mean why else would you publicly show up your husband on social media after he posts a photo (presumably) of himself hurtling down a road handsfree on a motorbike. He captioned it: "Don't try this at home. Particularly, in the living room." You probably shouldn't try it on any roads either, or anywhere really, kiddies. 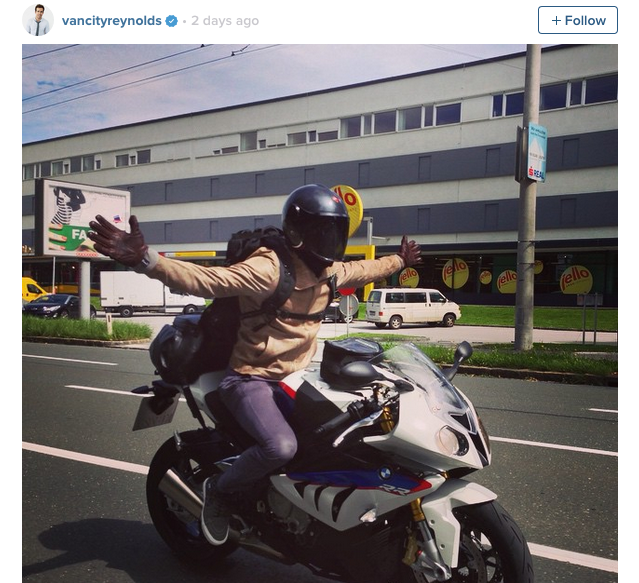 Although, given the sheer volume of "artisanal" showpieces hanging around their home, Ryan really shouldn't attempt anything so active in his home for fear of knocking vintage typewriters from their perches. And that's why he decided to go on the nod astride his two-wheeled beast instead...

After Ryan posted the above to his 'VanCityReynolds' instagram, wife Blake was quick to post the below with the caption "...Because he already tried!! @vancityreynolds just posted some great advice, but he forgot to mention one small detail. #Hypocrite #I'dGive$70dollarsColdHardCashToWhoeverCouldResistHim #TooInLike." 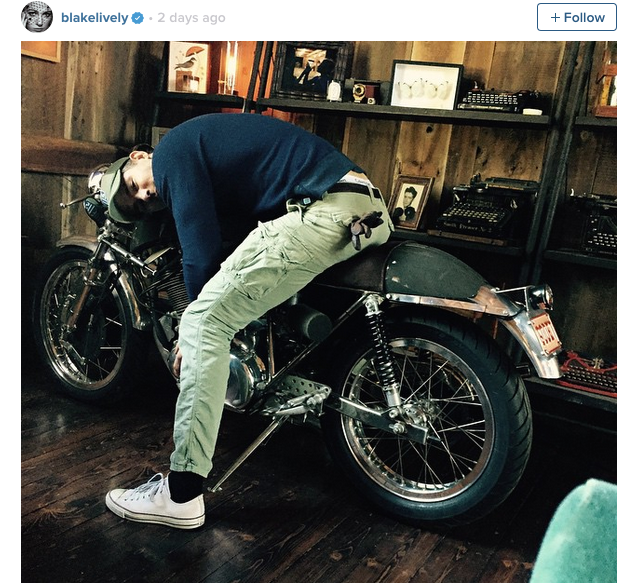 Hang about, it that Blake actually offering cold hard cash to anyone who could resist Ryan?! Could you?

In other burning questions - have you ever/been tempted to publicly put the other half firmly back in their box? And do you have a little den that looks as good as this?