Get the look: Flatcaps can take a man from cattle mart to movie premier?

Ah by the hokey this craze for flatcaps must stop.  Don't celebrities and models realise that to a whole nation - Ireland - the phrase "flat cap" is synonymous with "Healy Rae".

Look at Brad Pitt there.  Just look at him.  Sure he could be going to a meeting of the local Fianna Fail cumman and then off down the GAA club for a few pints with the lads.

David Beckham would fit right in at the local cattle mart and the look would also take him straight to the Puck Fair afterwards. 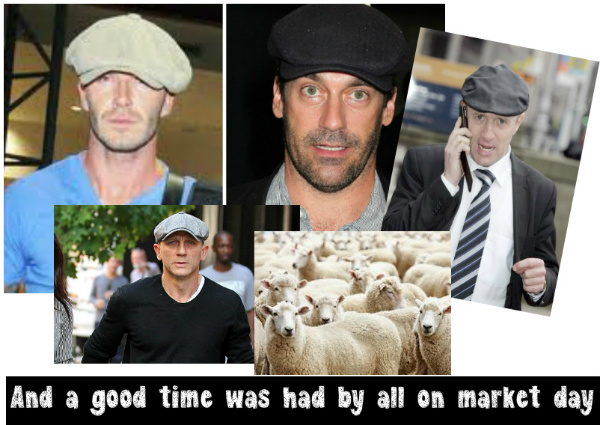 Jon Hamm is leppin into the Massey Ferguson to travel up to Lisdoonvarna to see if there's any women he can ask "Would ye like to be buried with my people?".  He and his brother have lived alone for so long now though he'll have to get his permission first. 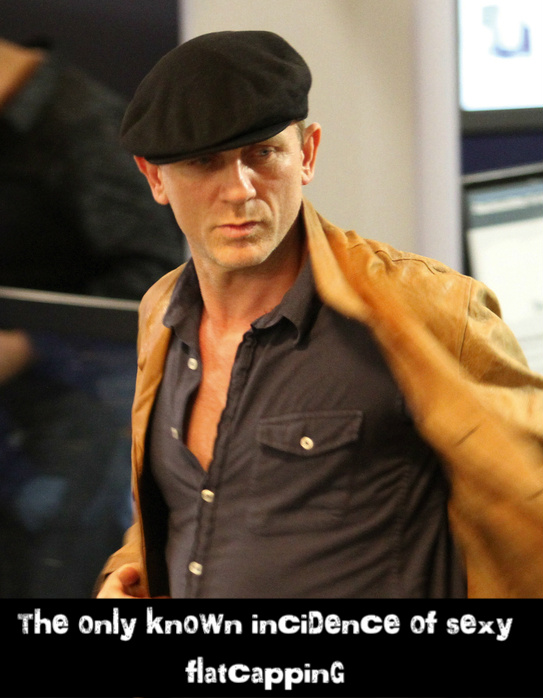 But they're trendy at the moment.  Would you  like your fella to wear one?  Or would you rip it off his head and grind it into the nearest cowpat?