Heidi Klum IS The Queen Of Halloween: Ridic, OTT - We Love It!

Halloween is one of the best times of year. There’s ghost stories, fancy dress and seasonally-themed chocolate and sweets that will all be half price by November, so what’s not to like? As a big fan of fancy dress, I love it when celebrities get in on the action, and nobody and I mean NOBODY does it better than Heidi Klum. 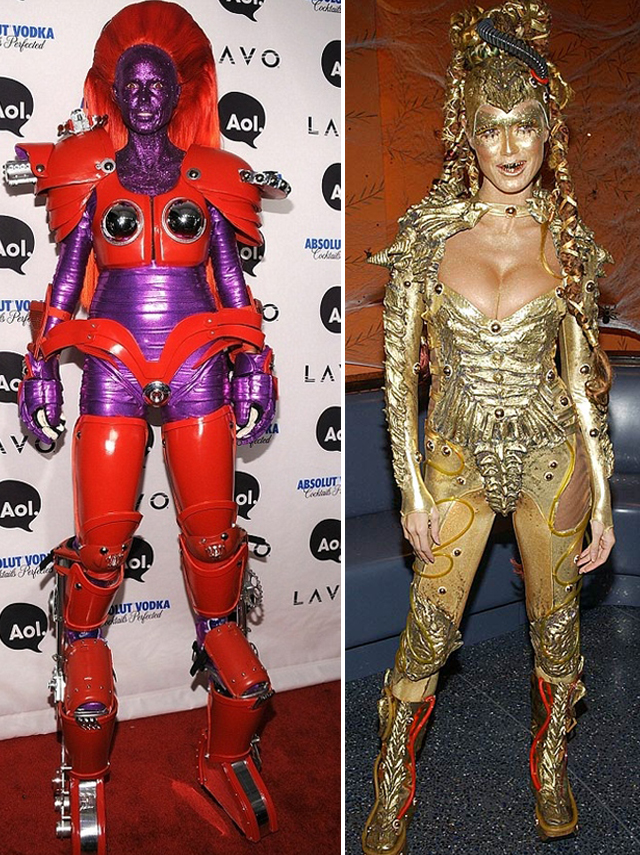 She’s my Halloween fancy dress hero and year after year she never disappoints. Heidi is most definitely not one for throwing on a tacky “sexy [insert inanimate object here]” outfit, as hers clearly have a huge amount of time and effort put into them and tend to lean towards the genuinely unsettling side of things, rather than the usual LOOK AT MY BOOBS fare that’s somehow become the standard. 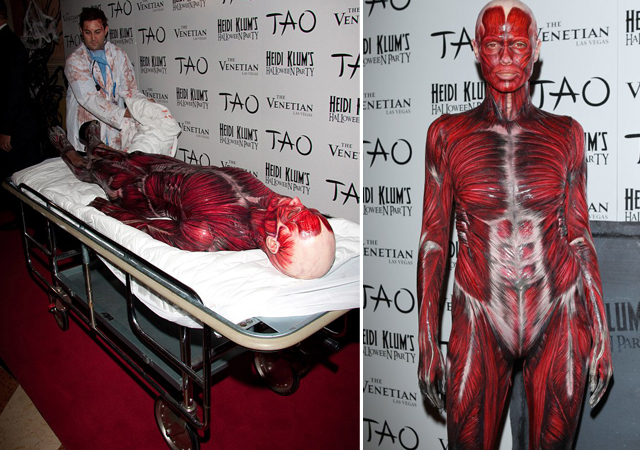 Of course, some of her costumes feature cleavage, but it’s usually balanced out by the fact that she also looks like she could rip your arm off at a moment’s notice. Plus, to be fair, it’s probably pretty hard not to look some degree of hot when you’re a German supermodel. 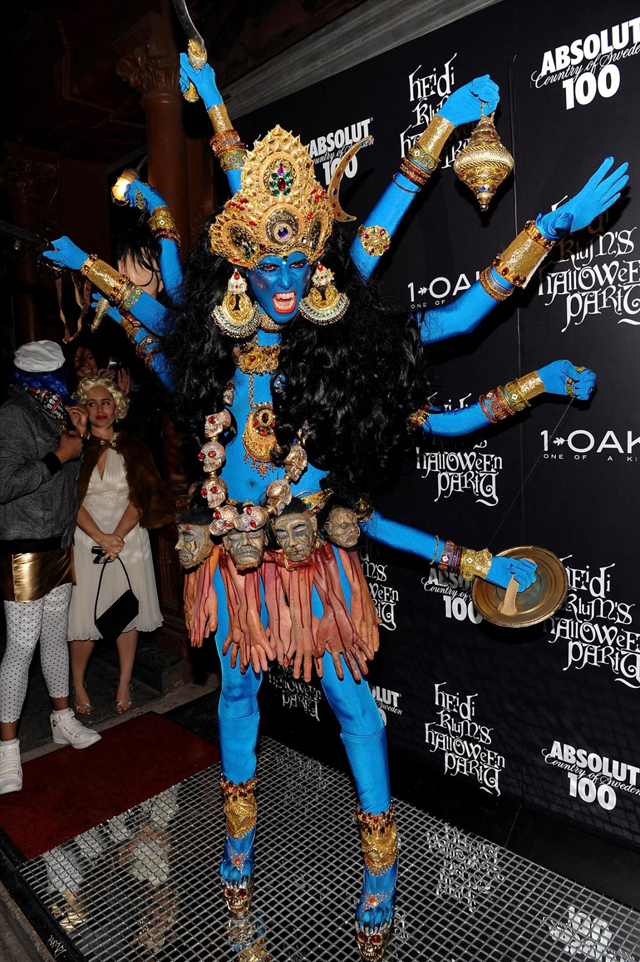 The fact that some of her past costumes are ridiculously impractical (such as the insanely intricate Hindu goddess Kali one - all those extra hands but none that could hold a pint) means that it was probably an awful lot of hassle for her to go to the loo, or have a drink, or get through doorways all night, but that’s the kind of dedication to Halloween that I can get behind. 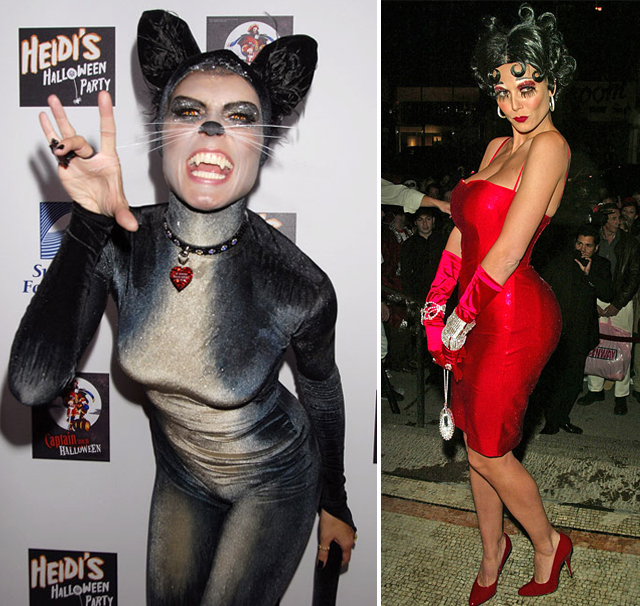 Heidi has said in an interview that she spends months planning each costume and works with a team to nail down her look for her annual Halloween party.

I take Halloween very seriously, so I’m not a fan of a thrown together costume […] seriously, I’d rather stay home than go out in an uninspired costume.

She’s so my kind of celebrity. I’d rather scroll through galleries of famous people going nuts with fancy dress than what they wore to the Oscars any day of the week. Even being eight months pregnant in 2006 didn’t stop her from knocking it out of the park, when she turned up in a serpent in the Garden of Eden costume, with then-husband Seal dressed as Eve. 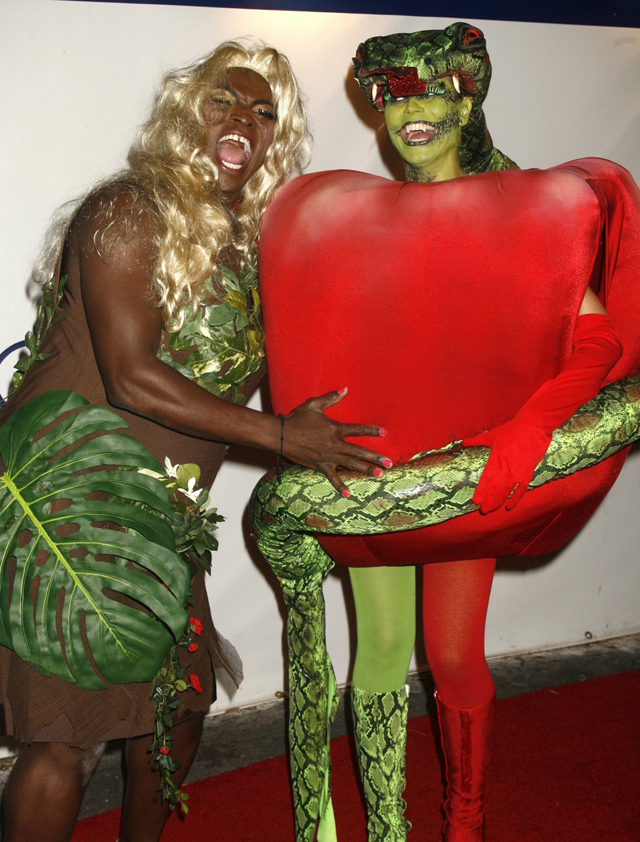 Last year, her party had to be cancelled due to Hurricane Sandy, but Heidi kindly posted a photo online of the Cleopatra costume she had intended to wear, which was, of course, amazing. I for one can’t wait to see what she comes up with this year. 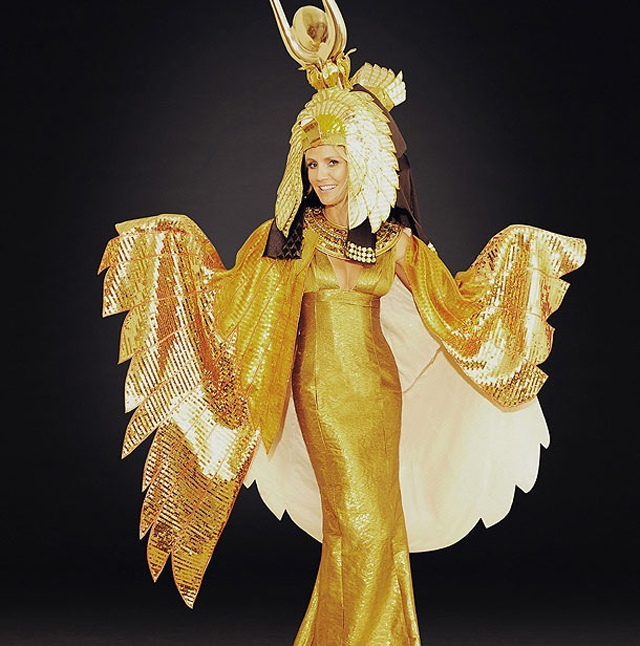 Heidi Klum, Queen of Halloween, we salute you.

Are you dressing up for Halloween? What are you going as? Spill in the comments!