Johnny Depp Is Off The Market!

The did the perfunctory bit on Tuesday by all accounts, ahead of their bells and whistles extravaganza in the Bahamas this weekend.

The original pretty bad boy, who got engaged to the 28-year-old actress in December 2013 after meeting on the set of  The Rum Diary, reportedly legally tied the knot with her at their home in Los Angeles two days ago.

A source told PEOPLE.com that they exchanged vows during an intimate civil ceremony ahead of their bigger wedding on the 51-year-old actor's private island, Little Hall's Pond Cay.

The couple are believed to have chosen to wed this month in order to fit in with their hectic work schedules. 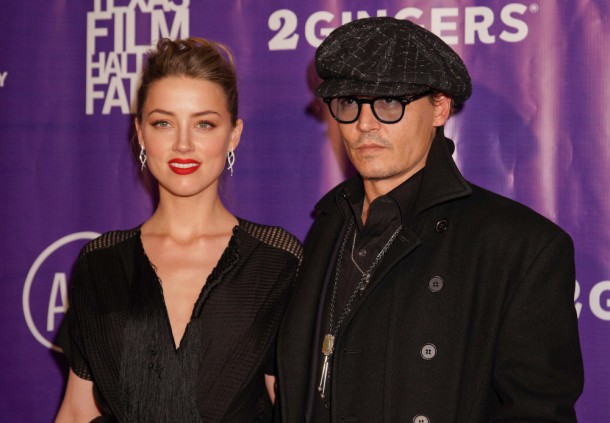 A friend previously explained: "She's filming a movie in London, and he's getting ready to film the next Pirates of the Caribbean (the franchise that just keeps giving) in Australia. So this is the only time that everyone could get together."

The duo's relationship was rumoured to be on the rocks last year after that awards ceremony incident, but a pal recently insisted they are now in "a really good place."

Well, they'd want to be; marriage - although it has its upsides - has a certain hum of finality or "Oh, you again" about it. Just me? Just as well I love him to bits.

Is Johnny on your 'List'? Or was he? We'd love to see what both of these stylish peeps wore! How about you?

Oh, dear. Johnny Depp and Amber Heard's divorce drama is still not over

When will it end?

“With a particular focus to stop violence against women”

This story gets stranger by the day

Amber Heard and Johnny Depp have released a joint statement

"Our relationship was intensely passionate and at times volatile, but always bound by love..."

Dedicated to my ex