Poll: Are we an island of (personal) space invaders?

I am a tactile monster. If you're in my vicinity and don't have giant, weeping sores all over your person, the chances are that I will try and touch you. No, wait, that sounds creepy and inappropriate. What I mean is that if there is an option of a hug/arm squeeze/shoulder tap, my natural inclination is to go for it. Yes, I am possibly your worst nightmare.

But if this revelation has you recoiling from the screen, worry not, I have learned to control myself. If I don't know you that well (or indeed if I do know you and think you are the spawn of the devil), I will keep my distance. And even if I do know and like you, I will try and pick up on your hug-friendly signals before I launch myself at you.

Personal space, I get it. I know when I'm not wanted.

Two of my nearest and dearest friends refer to my type as the space invader. So I try to make them my dearest but not-quite-nearest friends. Though Lauren has known me since I was four and is the keeper of many of my darkest secrets, she just about tolerates my hugs. I can see her eyes narrowing and shoulders scrunching up as I burst through the doors for a catch-up.

And Kelly is a wonderful Bostonian that spent a year in Dublin and found the entire country to be a nation bordering on space invasion. Forget Mars and rockets, this is how the Irish have won the space race. 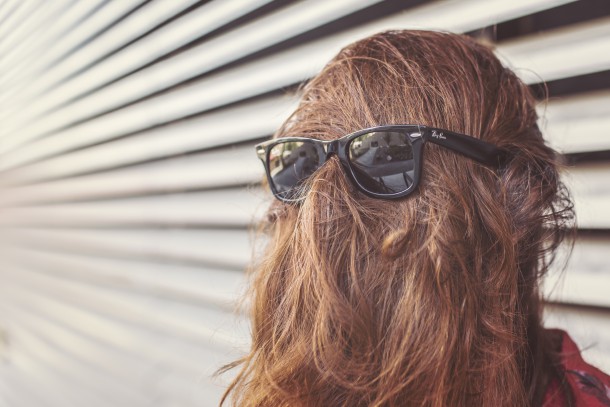 If she can't see me, she won't hug me

And so it would appear that we are more tactile than some countries but still less so than others. For example, I keep my impulses under relative control in Ireland but the time I spent in university in France was like a space invader's free for all. This is a country where 'la bise', the French greeting of kissing on cheeks, is a way of life. But it's a complicated and tacit greeting with nuances and intricacies that only the French truly grasp.

The etiquette can vary across different areas of la France. Is it two, three or four kisses? Should you start on the left or the right cheek? While Parisians (and a lot of younger people I find) will go for two and start on the left, where I studied in the south was generally a three kiss region, starting on the right. You have to keep your wits about you - if one goes for the left and one for the right, then you'll end up in the middle and end up giving them a huge smacker on the mouth.

And for the love of God, don't actually kiss anyone. Just make the 'muuuuwah' sound (that's non-negotiable) and press lightly against their cheek. Though there was a guy in my class to whom I referred to Slimy François as he had a habit of delivering full on smackers (as opposed to just the sound) and he excelled at getting the kiss to land riiiiiight on the outer corner of your mouth. Not enough for you to jump back and slap him but enough to make you think that you had been violated in some way that you couldn't quite put your finger on.

If you've read Peter Mayle's 'A Year in Provence', then you'll know what a minefield it can be and how you'll need to perfect the head swivel so as not to insult anyone. And if you haven't, this video from Paul Taylor, a Brit living in France, pretty much sums up all you need to know.

Mind you, if the idea of my touchy tendencies made you throw up a little in your mouth, this might send you over the edge.

I'll be honest, I can see the time inefficiencies. And I've met Slimy François so I know the hazards. But, along with the pain au chocolat, I would import it to Ireland in a heartbeat. And I'll be standing so close, you'll probably hear that heartbeat.

Stand back, you've been warned. Muuwah.

Could you be classified as a space invader or are you rather stay indoors than risk the tactile onslaught?

Some Of The Best #PollingBoothPickUpLines

Someone Did a Little Editing of the Vote No Posters

And the results are something to behold

We Are Family: New Ad Encourages You To Bring Your Fam With You To Vote

You'll want to invite the whole clan after watching