Well, that's what happens when you go (back to) work for the National Broadcaster. License payers' money, 'n all that... You know yerself.

In an interview with the RTE Guide via The Independent, the 50-year-old broadcaster said: "I would prefer if people didn't know what I was earning, but I definitely wasn't motivated by money. In fact, I'm getting less than I was," he said. "I am very well paid. That's the nature of what I do."

The report added that "D'Arcy would be making a salary of €500,000 at the national broadcaster, with a radio source telling the Independent that that's what it would take for him to leave the commercial sector. However time will tell if this is in fact the sum he's on." 2017 in fact, as that's when the figures will be revealed. 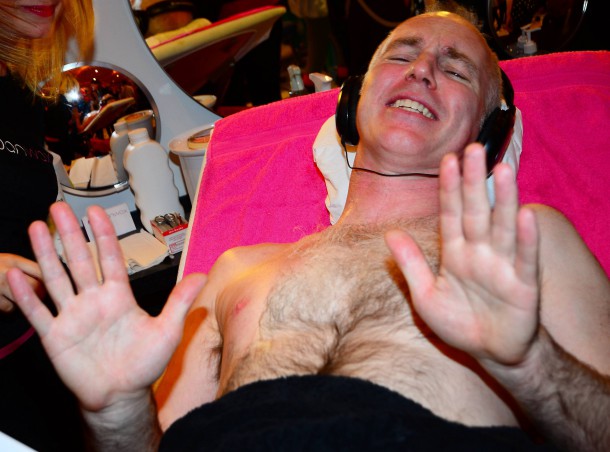 Of his impromptu departure from Today FM almost two months ago (yes, we've survived nearly two whole months without him), D'Arcy added: "It was unfortunate the way it happened, but it's the nature of the business we're in. I would have loved for it to have been different. I would have loved to have been able to say a proper goodbye, but maybe a goodbye would have been premature, because we're not gone."

Indeed they're not. Himself, his wife Jenny and his Will are kicking off their new show on RTE1 after Joe Duffy next Monday (Feb 2nd).

Speaking about what motivated his move, he said: "This time, all the stars were aligned... there were new people in positions of power in RTE who I respect. And I was at a certain time in my life... This is a completely different day, time-wise. I am leaving (daughter) Kate to school, we're not in until 10, so we have this lovely two hours in the morning, no panic, no rush... I honestly don't think I would have made this move without Jenny."

And sure we know that Ray D'Arcy's replacement has been announced - and 'tis gonna be SAVAGE!

So tell us, does Talk to Ray have the same ring (geddit) to it as Talk to Joe? Talk to us!