Shakira's hips have been given a lift today after the birth of her second child with Gerard Pique.

The 37-year-old singer and the 27-year-old footballer, who reportedly booked a whole floor of Barcelona's Quirón Teknon hospital for the elective C Section, confirmed the birth with a statement last night and are expected to release another statement shortly revealing the name of their second son.

Congratulations to Shakira & Gerard Piqué as they welcome their second child! http://t.co/KxjvE1b6cI pic.twitter.com/a71qSQp6dI

Given their two-year-old boy is called Milan, we're expecting their new addition to be called Chelsea, Bayern, Dortmond, or Atletico Madrid - the latest team Pique's Barcelona beat. (Why, yes, the husband does subject me to a A LOT of football.) 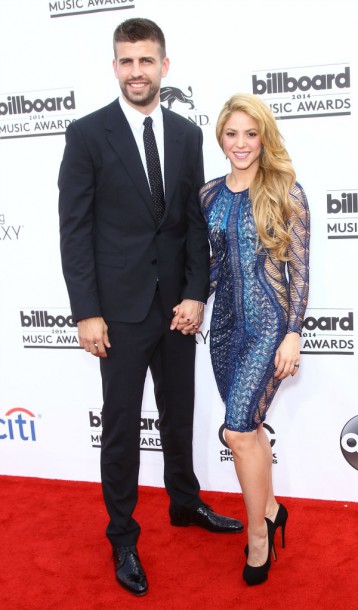 According to Breakingnews.ie, "The couple are expected to continue a family tradition and make their latest arrival an associate member of FC Barcelona."

Speaking of how Pique has taken to fatherhood, his partner of five years said: "He is very involved with his son. He is always there for him, and that's a big advantage for me as I cannot imagine it any other way."

Enjoy getting to know your new little man!