Breaking up with a friend: make it official or ghost them?

You've heard the song; you know the story; breaking up is hard to do. But breaking up with a friend is arguably more difficult. As we go through life, we make friends, we lose friends, we drift apart from people with whom we were once close, inevitably reaching a point where we might only have several besties on speed dial, but we know they're the ones who'll always be there, come rain or shine.

Something we'll probably all experience at one point or another, however, is a toxic friendship. Maybe it was their fault; maybe it was yours, or maybe for some random reason, things just went mutually sour. If we had a euro for every movie or TV show that chronicled a romantic break-up, we'd be loaded. Not to mention the countless guidebooks on how to cut the cord. But as for pop-cultural references to extricating yourself from a friendship that no longer serves you? Well, they're harder to come by, and there are no hard and fast rules, as far as we can see.

A question we've been asking among the office in recent days is this: when it comes to ending a friendship, are we best off making it official and putting an end to it in the same way we would with a boyfriend or girlfriend? Call it conscious uncoupling if you must. Or is it easier on both parts to opt for the less noble tactic of ghosting, letting what was once a strong friendship fade to the point of the odd Facebook 'like' and nothing more? 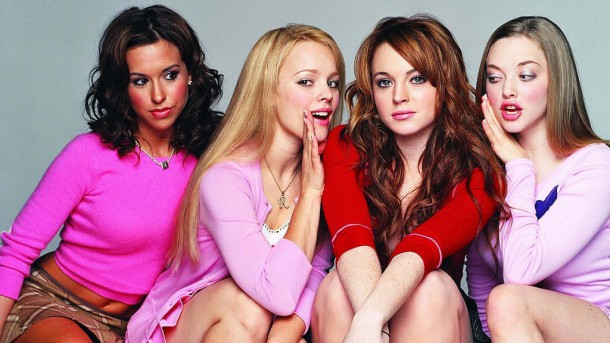 We put this question to our readers and it seems you're split ever so slightly in favour of ghosting. Some argue that letting it fade would result only in festering tension, and that if the friendship was worth something, perhaps it deserves a more respectable end, while a few more reckon the 'cowardly' option of letting it dissolve without words is always easier.

@CaoimheMStyling says: 'I think make it official, fading the friendship would leave tension there over time.'

@IrishStu: "Fade away...Ghost them. Like any kind of relationship, the coward's way is best."

@Aaronjhurley prefers to rip off that band-aid and move on: 'Slice and dice. No time for lingering.'

It may indeed be easier to let things fade in the short term, as a) very few of us are comfortable with direct confrontation, and b) it might not seem necessary to have a sit-down post-mortem examination when you're not as involved as you would be if you were a romantic pairing, and it's not like you need their permission to go and be friends with someone else, but does that make it right?

Entertainment.ie Editor Mike Sheridan puts a different spin on the idea of ghosting, saying: "In my experience, if someone who was previously reasonable was suddenly difficult or distant, I'd give them an opportunity to realise that by backing off myself. So ghosting would be a natural first step, before you call it a day completely."

As aptly pointed out by Twitter user @StephMCS, it depends entirely on the situation: "I've done both. Depends on situation."

Beaut.ie Editor Andrea Kissane says: "When it comes to toxic friends or energy vampires (you know those people who just suck the life or joy out of situations), I think it depends on how close of a friend they are to begin with. If they were very close to me, I'd certainly talk to them about what's changed and see if we could fix the friendship. But if it was someone outside of those very close friendships, while I wouldn't ghost them or disappear completely, I'd be much more conscious of the time that I was spending with them and dial it down by degrees."

@QPRMeath says: "fade away "while @HellHearts says: "I did the cowardly phasing out before. Worked out fine until they copped(a year later!) and went batshit. Fade out and forget!"

In the absence of a philosopher to tell us otherwise, we've made our own guidelines. They are as follows:

If you no longer feel that you have that much in common, and there're no bad feelings there, a gentle fade is the way to go. You were once close; you're not anymore. You'll both be okay and it will never be too painful to bump into each other on the street.

If you were super close but something went abruptly awry - perhaps they grew into a person that for whatever reason, you could no longer tolerate, it's better for all involved that you address it. For this, we recommend a lengthy email. All hail technology for allowing us to express our feelings without having to face someone IRL. Or if you're strong enough to walk away, head held high, by all means go for it. This would be favoured by former The Hills star Lauren Conrad, who famously said to Heidi Montag, 'I want to forgive you and I want to forget you.'

If your friendship has suffered but you think there's still something to salvage, face it head on, in person. It's far easier to make amends when you're sitting opposite someone, rather than rely on texting which can often skew your tone.

Lastly, if you no longer care, you no longer like them, and you've not got one shred of energy left to give this former friend, ghosting may be the tactic for you.