Veet captures the zeitgeist and gets something right for once 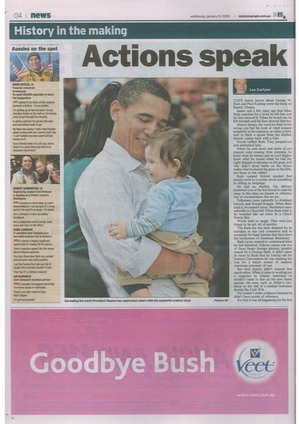 I'm a bit late with this one cos it's a viral that's been doing the rounds for a while. But it's still funny. On the day of Barack Obama's inauguration Veet ran this ad in the Daily Telegraph and The Herald Tribune, directly beneath the Obama coverage.

Even confirmed Veet haters like ourselves had to laugh.

But we still wouldn't recommend it for use anywhere near your fandango.