Yes, I too would sleepwalk naked into a hotel room for €10 million; how to raise money in the recession 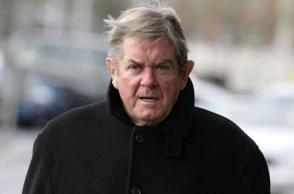 Imagine him standing over you with his lad in his hand

Jesus Mary and Joseph, babby Jesus and the Trocaire box.

The IMF are not only at the door, they are IN the door and no one in the country is looking forward to the budget. Bertie Ahern left the country the worst nightmare of a legacy possible and Cowen and Co are still staunch in their denials that they did anything wrong. Anything at all.

Although we are screwed there seems to be people out there who are still exploiting our deeply flawed system to make money. We are a compensation culture and looking at the payouts that are awarded to people I'm not surprised.

The case of the mining boss Donal Kinsella who sleepwalked starkers into the company secretary's bedroom (Deirdre) while on a jolly to Mozambique is a case in point. He fumbled around her door not once, but three times and ended up in all his glory standing over her bed.

Anyway the company issued a press release referring to "the incident" in Mozambique, and to cut a long story short Kinsella sued his former employer and the court decided he was due ten million in compensation.

Now I think SHE should have been awarded the compensation. She had to suffer the sight. I would have awarded her a generous payout - what would you have done?