Making a Murderer's Dean Strang for The Ray D'Arcy Show!

Be still our beating hearts, but the one and only Dean Strang is a guest on The Ray D'Arcy Show this weekend. Fair play to whoever pulled that one out of the bag, as its quite a coup for the show given the massive popularity of the Netflix documentary Making a Murderer.

For those that haven't seen it, it follows the story of Steven Avery, a man wrongly convicted and sent to jail for 18 years for a crime he did not commit, who is then released thanks to DNA analysis, only to find himself up for a murder conviction two years later.

Dean Strang was one of his two defense lawyers in the case (Jerry Buting being the other) who argued that Avery had been set up by the local Manitowoc police department.

He's like, totes the Atticus Finch of our time you guys

Since the documentary's release, himself and Buting have become quite the celebs in their own right, with many folk developing a bit of a crush on these men of the law....

Celebrity Big Brother fans will also be happy to hear (or maybe not) that Angie Bowie will be chatting to Ray on Saturday too. The ex-wife of David Bowie left the house earlier in the week due to illness and will no doubt be chatting about her time there and that now infamous misunderstanding over her ex-husband's death.

As we said though... Dean Strang. 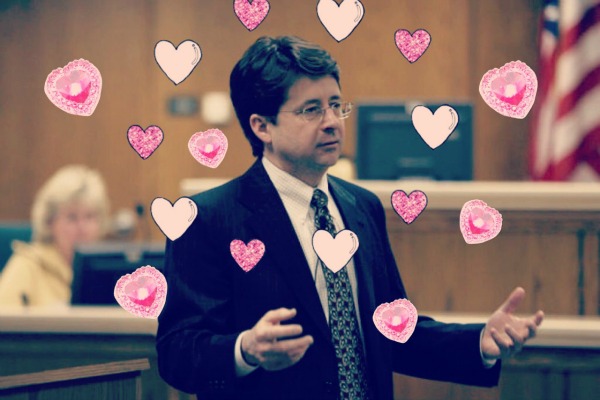 There goes another one...