The Truth About Parabens Thanks to ColinsBeautyPages.co.uk 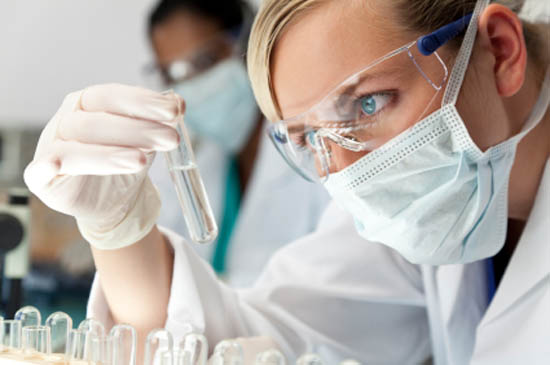 There's a lot of misinformation and, it's not going too far to say it, propaganda, on the internet about the benefits of natural cosmetics over synthetically-formulated ones. We're told that chemicals are evil, and natural is the only way to go and it can often seem like your fears are being preyed on. In addition, cosmetic formulations make huge use of paraben preservatives to help to keep products contamination-free, but in recent years these additives have been mired in controversy.

We decided we wanted to know the real truth about parabens, so who better to talk to than Colin Sanders, a cosmetic chemist and author of the always interesting Colin's Beauty Pages. If there's one guy we knew could be trusted to have insider industry knowledge combined with the science-tastic analytical brain skillz to get to the bottom of this, it was he.  And he's obliged, for which we're truly grateful. Find Colin's thoughts below, and let us know yours in a comment.

Parabens, the popular cosmetic preservatives, have attracted a lot of attention in the last six years.  It is now common to meet people who make a point of avoiding parabens.

So what has happened?

The issue dates back to 2004 when some research at Reading University was reported on the BBC.  Tests on samples of 20 different human breast tumours showed  traces of parabens in every sample. "This is the first study to show their accumulation in human tissues," said Dr Darbre.  She also pointed out that parabens are used in under-arm antiperspirants. The way it was reported was to suggest that the parabens in the antiperspirants might be causing the breast cancer.

I first heard about the issue the same way that many people would have done,  on the radio while I drove to work. Breast cancer? That was serious and rather worrying.  I had visions of huge bonfires of personal care products being destroyed and empty shelves while formulation chemists like myself worked round the clock to reformulate about three quarters of the entire industry's products.

But things calmed down pretty quickly.  It turned out that there were some pretty serious flaws in the work, and how it was being reported.  There wasn't any direct evidence that the parabens in the tissue had got there from cosmetics, nor that the presence of the parabens had anything to do with the fact that the tissues were cancerous. And to top it all, the suggestion that the primary source of parabens in the body was from antiperspirants was clearly wrong.

Although there are some antiperspirant formulations that contain parabens, they generally don't.  This reassured people like me who's job is to actually select which preservatives to use.

At first, this seemed to be the end of the matter.  Scare stories are quite common, and most are forgotten pretty quickly.  This one seemed to be going the same way.  But for some reason, something about it resonated.  Some people started to consciously avoid parabens.  And the numbers started to grow.  Paraben free products started to appear.

Although the paper on which this story was based was pretty weak, Dr Darbre also wrote a review paper rather that explains the thinking behind her work. I have just taken a look at it and found it a lot more interesting than I expected.  I was surprised to find just how strong and well constructed her argument was.

The argument boils down to ten points:

It is a bit of a tenuous argument.  But although it is very weak in places, it is not possible to completely dismiss it.

Unlike a lot of things that get said about chemicals in general and cosmetic ingredients in particular, the question of the safety of parabens is really still up in the air.  A logical proposal has been made.  The theory sounds plausible, but unfortunately there is no strong evidence to either accept it or reject it.

It seems to me that the only way the question could be answered was if a large number of people contracting breast cancer could have their paraben levels monitored.  How it would have to work would that when someone is diagnosed positive for breast cancer they would have to have their individual level of paraben measured.  If it could be shown that there was a significantly higher level of paraben present in breast cancer victims than in the general population then it might be reasonable to conclude that parabens were indeed that parabens were the cause.

Such a study would be expensive to carry out, but wouldn't be beyond the budget of a consortium of some of the bigger manufacturers.  The important thing would be to make sure that the whole thing is transparent.  I would propose that the design of the study should be published on the internet in advance so that objections to it can be aired.  The statistics to be gathered and the meaning to be assigned to the numbers when generated should also be made public in advance.  There are people around who will always crticize, but I think most will be willing to give something a hearing if it is done openly and honestly.

And it needs to be done in several different centres so there can be no implications of bias or doubt cast on the results.  But the most important single feature of the study should be that it is clearly understood that if the data suggest that there is indeed a problem with parabens after all then the industry will voluntarily withdraw them from the market.

I know very well that that is exactly what the industry would do in any case.  The point is that most consumers don't trust big companies.  It doesn't hugely matter how that situation has arisen, what matters is to win trust back.  That can only be done by not only behaving in a way that is trustworthy, but in a way that is seen to be trustworthy.

Note:  this is a condensed version of a much longer blog post on Colin's Beauty Pages.