Forget the Leading Lipstick indicator: it's the Leading Jocks Indicator we've got to watch 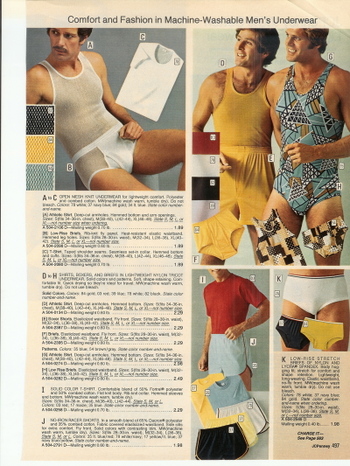 Heard an interesting "snippet" on the rayjo at the weekend.

Apparently you can forget all about the Leading Lipstick Indicator as a symbol of recession spending. (But we already know at Beaut.ie: it's foundation or gorgeously packaged treats that women are choosing to splurge on during this recession.)

But, makeup aside, its UNDERPANTS that tell the real tale.

In a recession men won't buy new underpants, preferring to save by making do with their old grey y fronts. Not until the first shoots of economic recovery poke above the ground will they venture out to buy new jocks.

Now excuse my cheek but I always thought it was the women who did most of the underwear buying anyway. The mammies and the girlfriends and so on. So maybe women are saving themselves a few euro on mens knickers only to spend it on expensive foundations? Sounds like a plan to me.