Balls to That: UK Men Love Back, Sack & Cracks. How do Irish Lads Stack up? 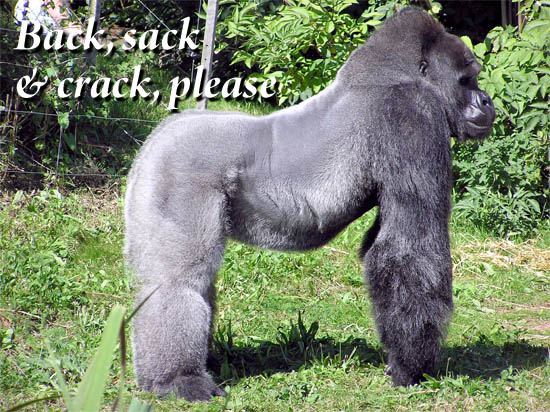 Men with hairy backs (sacks and cracks): be very afraid. The Boyzillian is back and is on the rise since 2010 if a press release from Wahanda - packed full of stats and percentages - I've received is to be believed.

Before you reach for the Veet though, this just refers to our friends across the water and not Irish men. I have a feeling the statistical data on them might be quite thin on the ground ...

English guys are embracing smooth skin on their rude bits and it's all Golden Balls' fault. Yep, Becks is to blame once again. Not content with wearing Victoria's skimpies, now he's influencing suggestible types to have it all whipped off on the therapist's table and what might surprise you is UK blokes are more into the whole thing than their American counterparts - about five times more so. It's not a pink pound phenomenon either and tends to mirror fashion trends. Eh - apparently. Can you see my eyebrows? No, of course you can't - sure they're way up in my hairline.

And "aha," is what you're thinking: "their birds are buying for them." Apparently not - only 2.76% of back wax offers are bought as gifts, according to Wahanda's survey.

So - and I too found this hard to fathom myself - this means that men are voluntarily entering beauty salons, having hot wax applied to their barse and ball area and then subjecting themselves to having it ripped off? And paying for it?

Jaysis. Fair play men. I never thought yiz had it in yiz.

Will it catch on here? Has it? Do you know of anyone who's had it done? Dish in a comment!