Why Do We Love This Skin Cream That Can Actually Give You Wrinkles?

It doesn't sound like great marketing at first. I mean, I have a cabinet full of creams, lotions and potions designed to do exactly the opposite. So why would I pay good money for a product that's actually designed to help me get my wrinkly on?

Well, after seeing their ad, I should. And so should you. This is a breast cancer awareness campaign that seems to have resonated with the world.

New Zealand company Skinfood launched their Breast Cream in October 2014. The premise is simple - get women into the routine of applying the cream to their breasts everyday so that they can check for lumps and anything that seems unusual to their norm.

Early detection can lead to the saving of lives and to quicker recovery. It can allow us the privilege of ageing and of earning those laughter lines. That's their wrinkle hook, and it is a good one.

Now surely any old moisturiser would do? And yes, it would but the campaign is about changing behaviour. We have different creams for eyes, lips, body and face and these have all slotted into our daily routine. Imagine if breast checks became part of that regular morning routine?

According to this campaign, the World Health Organisation estimates that 400,000 lives could be saved through early detection. 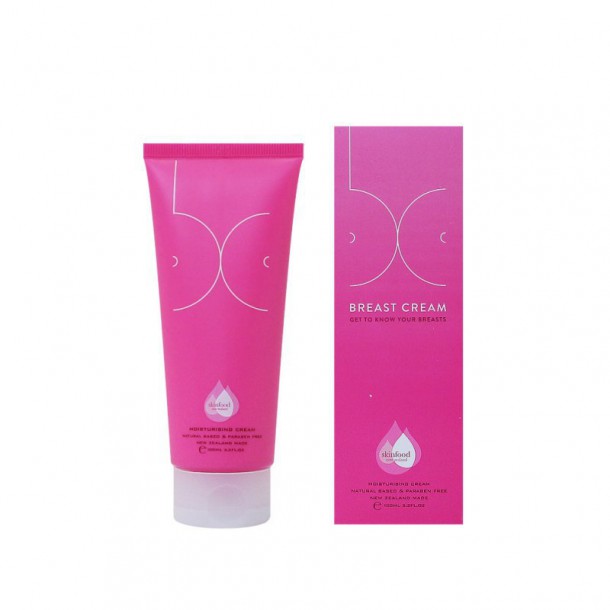 Skinfood's Breast Cream is currently distributed in the four largest supermarkets in NZ and even seeing the stand would surely, albeit tacitly and slowly, keep the importance of self-checking in our minds. 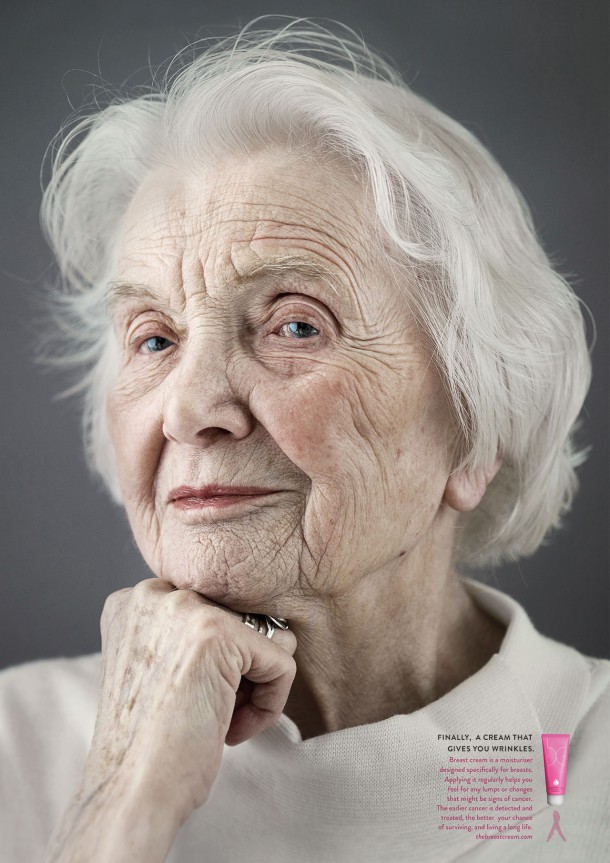 The print ad went on to win a gold Lion in Cannes. But it could end up being a hell of a lot more important than that.

Do you check your breasts regularly? Do you think that a cream specifically targeted for use on the breasts would encourage checking to become part of your daily routine? We'd love to hear your thoughts.