Beaut Book Club: Caitlin Moran’s 'How To Build A Girl'

This month we’re talking about Caitlin Moran’s semi-autobiographical How To Build A Girl. Grab your tea or coffee and tell us how you got on with it in the comments. And as always, beware - spoilers abound!

I first came across Caitlin Moran via social media a few years ago and my curiosity was piqued. I loved her rapid-fire observations and insights. When I found out that she had written a sort of 'feminist instructional manual', How To Be A Woman, I thought I should probably check it out now that I’ve reached my thirties - I might learn a thing or two!

And I wasn’t disappointed. She writes in such a frank, engaging tone that you feel as if you are actually having a brilliant chat with someone utterly fascinating - in person. The book really made me think about how women are put under so much pressure to conform to various standards throughout their lives and how unfair it all is. 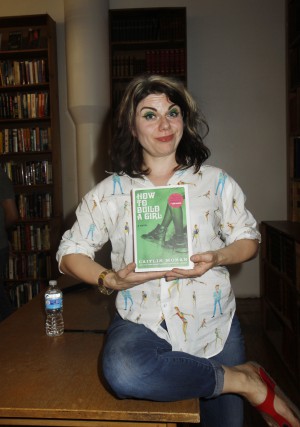 How To Build A Girl is Caitlin Moran’s first grown-up novel (her first novel was published when she was only 16). It’s the story of a very innocent but intelligent young girl, Johanna Morrigan. Johanna lives on a council estate in Wolverhampton in the early 90’s. Having read Moran’s previous book, I was familiar enough with her own life story to know that this novel must be heavily inspired by her own youth. She herself was talented and ambitious enough to start writing for Melody Maker at 16. She then moved to London at 18 and has since built herself a very successful career as one of the UK’s most prominent female journalists and commentators of the 21st century - her tweets are even included on English A Level set texts.

What I really appreciated about the story was this: Johanna’s sexuality and sense of self worth aren’t rules that she must be taught about, but rather lessons she must discover for herself. There is never any kind of moral judgement imposed on her sex adventures. She is simply experimenting with various different men, searching, unsuccessfully, for their attention and acceptance along the way. In her quest to become a “Lady Sex Adventurer”, Johanna realises that sleeping with as many men as possible isn’t actually that satisfying, and that what she really needs to do is figure out what she wants, instead of trying to please her sexual partners. 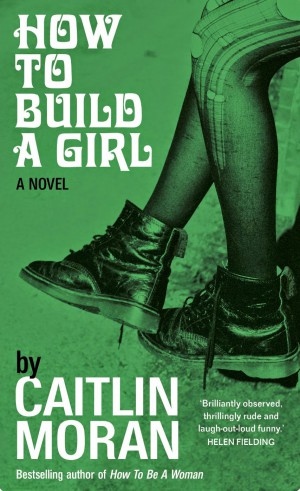 I really loved this book. It felt like a novel but also a confessional of sorts for Moran herself. As if she was confiding in the reader in a very honest, open and often hilarious way. Johanna Morrigan starts out with very little self esteem. She creates a new persona for herself in Dolly Wilde, the loudmouth, raunchy, bitchy journalist. Eventually her cynicism catches up with her though, and she realises that actually, it’s much more important to be kind and honest than it is to be clever and mean. The idea at the heart of the book is that like Johanna, we must all keep rebuilding ourselves over and over again, through a painful process of trial and error, until we finally grow into the person we really want to be. Essentially, we must learn how to build our own girl for ourselves.

I really want to hear what you all thought of the book! Did you love Johanna’s journey as much as me? Could you identify with her teenage awkwardness and desperation? Let me know in the comments!

Will you be taking a #trolliday on August 4th? Caitlin Moran, Jane Austen and trolls