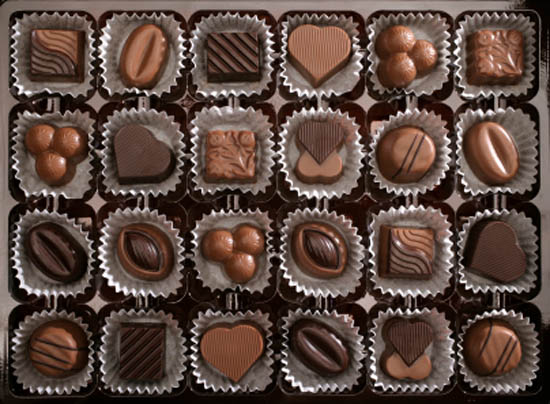 In between clever titles of pictures of the Pope wearing a sombrero (Cardinal Hatzinger! I nearly fell off my seat on the bus with uncontained mirth), yesterday's Metro Herald (and all other news 'outlets' including the Daily Wail on Women and anyone who isn't a white man), there was a piece on how chocolate has been 'scientifically proven' to make us slim.

They don't know how but they can't prove conclusively that it doesn't, and it's all linked to BMI and things, and Lent is nearly over, and there was that Tesco Cream Egg scandal there at the weekend where they appeared to have jacked up the price so they could 'discount' it to its normal price, so ladies, I'd really have to say that all the signs are pointing to the fact that if you want to indulge in a family size of fruit and nut today, then, y'know, you should.

*(ok, the real science is that at the University of San Diego they did a study where they found that those who ate chocolate regularly are thinner than those who don't, but this refers to those who eat modest amounts. Not, er, family sized bars of fruit and nut. Dang. Full press release and info is here.)

Chastity, patent shoes and phone books: convent advice to live your life by.