Coca Cola is one of the most iconic brands in the world, but that isn't going to stop them trying new things with the release of a new 'healthier' version of their beverage.

A new version of the famous cola will be released in the coming months that contains a third less calories and sugar than the classic recipe, and it will be known as Coca Cola 'Life'.

The drink, which sports some fancy new green labeling that embodies the new idea behind it, has been trialled in Chile and Argentina and will go on sale in the UK in September as a first excursion into the European market.

The secret to cutting the calories and sugar is that the drink is sweetened with a combination of sugar and stevia extract, which is a product that has been getting a lot of praise recently for being a low calorie sweetener that's natural. 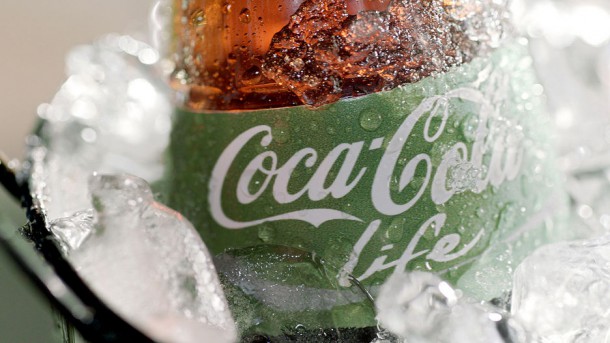 According to The Independent, a 330ml can of Coca-Cola Life will contain 89 calories and 22.1 grams of sugar, compared to the regular stuff which has about 35 grams of sugar. Stevia has been used in Latin America as a sweetener for a long time, which explains why the product launched there first, but if it's a success in the UK, it will surely follow in the rest of Europe too.

Would you be tempted to try Coca-Cola Life? Are you trying to reduce sugar in your diet? And do you have any sugar-reducing tips to share? To the comments!