Dublin Got a Taste of In-N-Out Burger Today

Today Dublin got a taste of In-N-Out Burger, and it was glorious.

For four hours only, Bread & Bones in Dublin 1's Millennium Walkway has become iconic American southwest fast food chain In-N-Out Burger. From 11am until 3pm (or while burgers last), Dubliners have the chance to taste burgers that Americans, J1-ers and tourists alike all rave about.

If you're wondering what it's like, the answer is delicious. 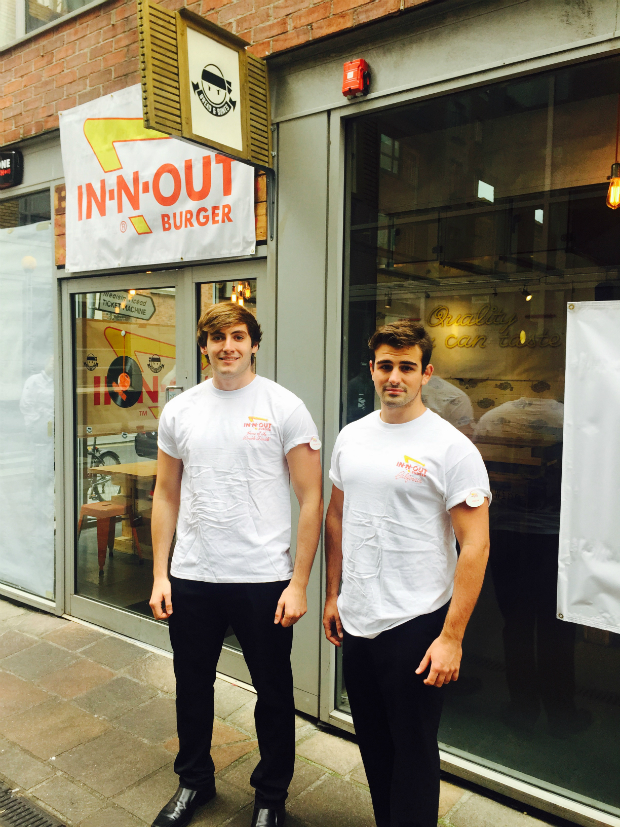 These are the boys who greet you outside and are now handing out wristbands to the massive queues who have gathered to try and get their burger on. 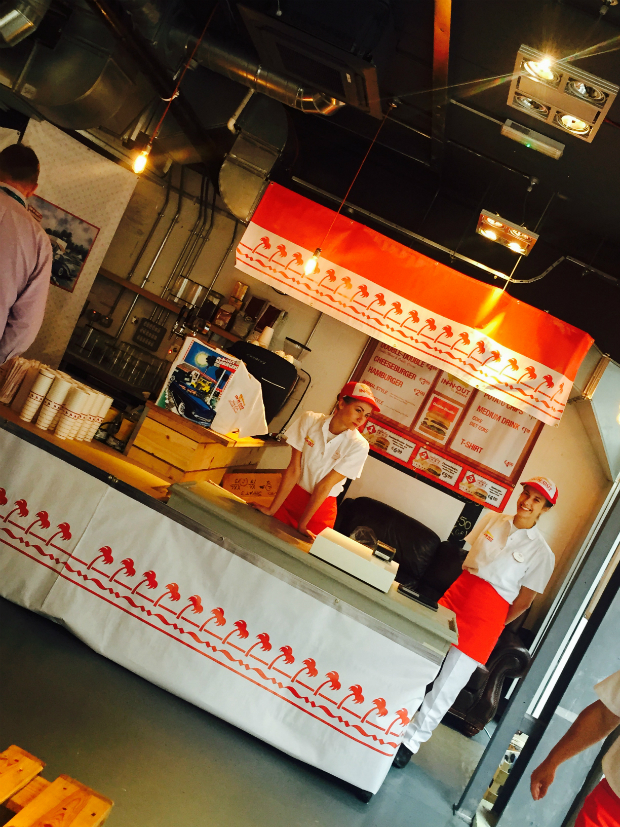 The only real thing on offer today are the burgers, with your options limited to the classic hamburger, cheeseburger and In-N-Out's famous Double-Double, all of which you can then have as normal, Animal Style (a secret sauce accompanied by pickles, extra spread, grilled onions, and mustard) or Protein Style (the carb-free option that subs in a lettuce leaf for a bun). 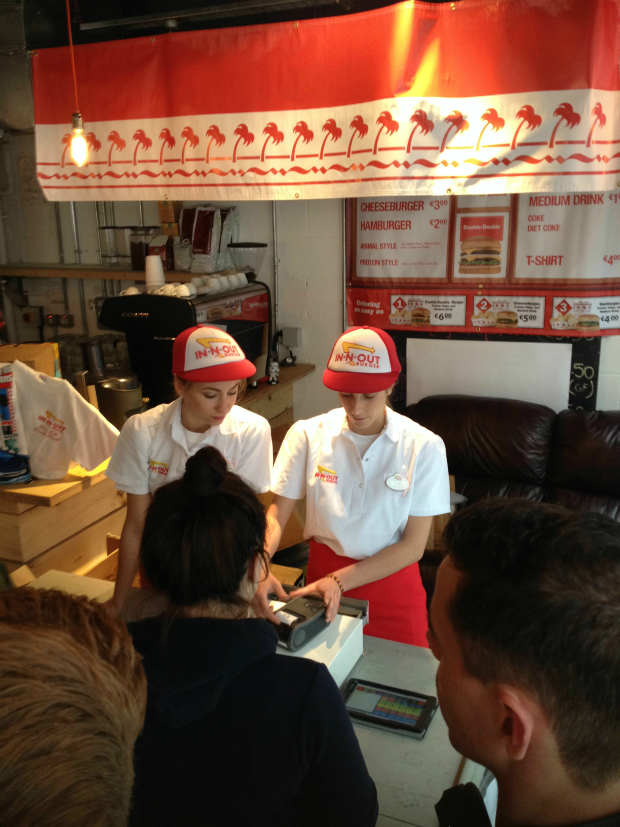 In-N-Out is open in #Dublin until 3PM...i'm stuck in Belfast. Life is cruel.

I sucked the fucking wrapper at In n Out Dublin. RARRRRRGGGH! pic.twitter.com/MxwRwhDulX

The only photo I remembered to take was of the delicious, delicious remains. #InNOut #Dublin ðŸÂÂÂÂÂ” pic.twitter.com/DqN8dviyyJ

Even Irish celebs are getting involved.

As of 12.30pm, this was the queue stretching all the way back as far as Jervis St. and around the corner. 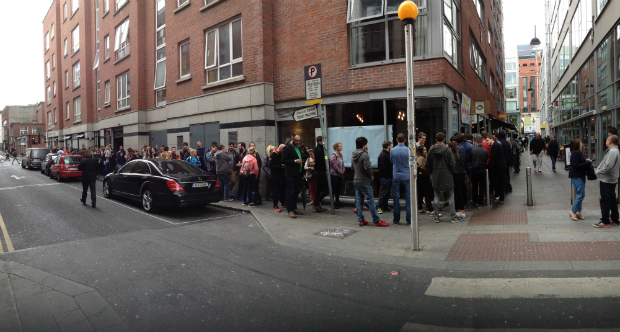 Hearts were breaking as people arrived and realised they just couldn't commit to the wait in the queue.

As for the grub itself, we sampled Double-Doubles both Animal Style and Protein Style and the verdict was all good. Minimal grease, fresh ingredients and solid flavours all made for one tasty if messy meal. We would have liked to see actual chips and not 'potato chips' (they were Walkers) on offer but beggers can't be choosers. 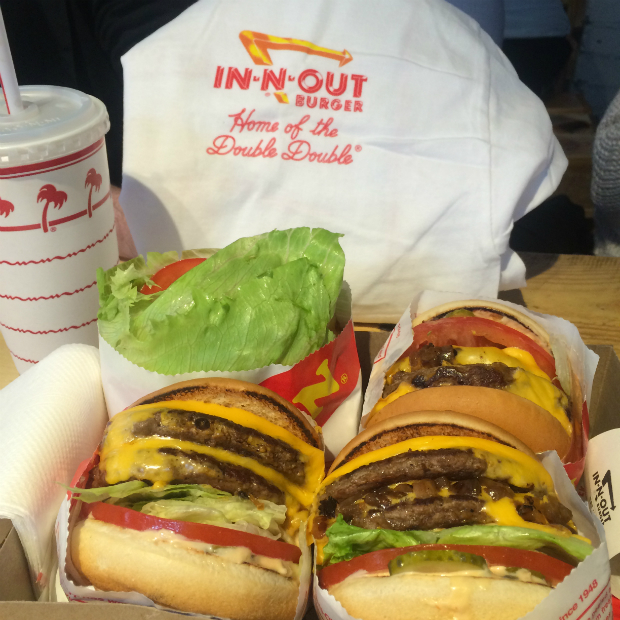 The pop-up is a once off for Dublin according to staff and is part of a global campaign for the brand. They were very insistent that the chain was not making its way across the Atlantic so for now this will be your one and only chance (probably ever) to eat In-N-Out on Irish soil (if you can stand the queue).

And yes, we bought the t-shirt.

Were you there? Or lookit, what DID you have for your lunch?