Something there’s certainly no shortage of on telly, are panel shows. Between, QI, Would I Lie To You, Never Mind The Buzzcocks, 8 Out Of 10 Cats and Mock The Week, hardly an evening goes by without comedians lined up behind a long desk making topical jokes. Or not-so-topical if you’re watching Dave.

However, more often than not, said panel shows are also a total sausage fest. It’s gotten to the point that Danny Cohen, the director of television for the BBC made an announcement recently that he’s banning all male comedy panel show line ups.

"We're not going to have panel shows on any more with no women on them. You can't do that. It's not acceptable."

Hooray! Considering the fact that the majority of panel shows only occasionally feature one female guest (seeing as they’re never the recurring team captains), it’s definitely a good thing to get more funny women on tv. Too often, the one female guest is so heavily edited on the show, that it’s almost like she wasn’t even there and all the big laughs are reserved for the boys. 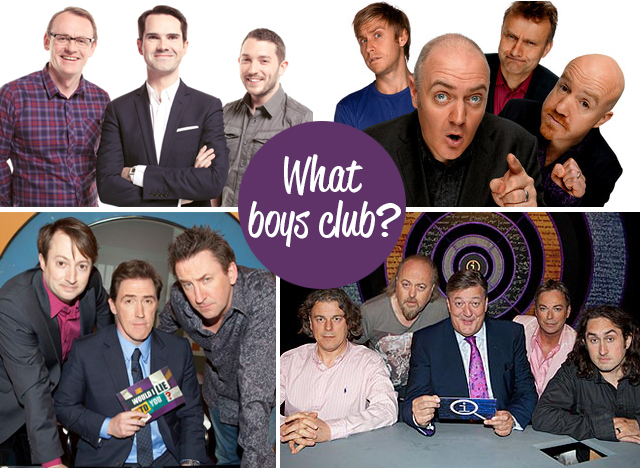 Of course, the operative word here is funny. On shows like 8 Out 10 Cats, the female guests are often tv presenters or someone off a show like The Only Way Is Essex, rather than an actual lady comedian, which leads to the aforementioned editing, because they’re competing with dudes who make a living off telling jokes.

Dara O Briain made the point that perhaps the new rule shouldn’t have been announced, as people might now dismiss female guests on panel shows as token women, only there to make up the numbers. (He was then misquoted as saying that he thought the whole idea of the ban was a bad thing and was consequently jumped all over in the media, which was pretty unfair.) 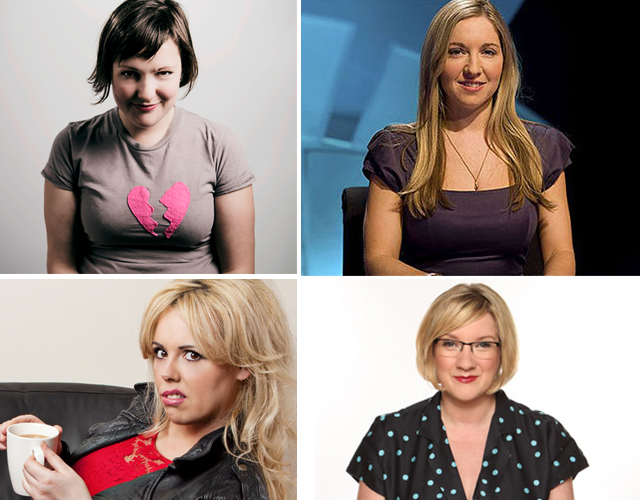 Whether the actual announcement of the ban was a good move or not, the fact remains that more women comedians will be on our screens, which IS brilliant news.

QI recently had an episode with an all-female line up of Jo Brand, Sue Perkins and Liza Tarbuck, along with permanent guest Alan Davies and it was remarkable to see so many women just getting on with being funny, even though surely at this stage it really shouldn’t be so unusual. 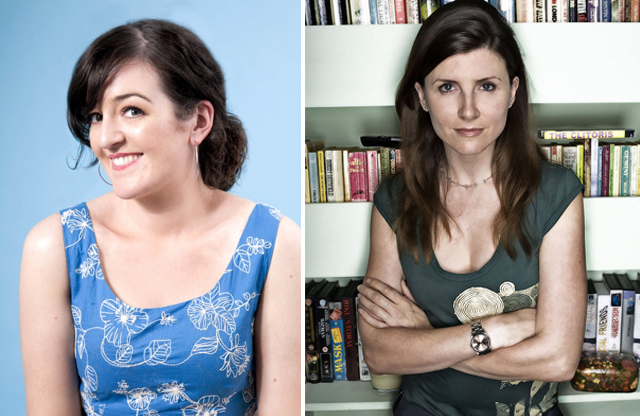 I’m excited to see more female comedians on panel shows and it’s not like there aren’t any to choose from. Shappi Khorsandi, Sandi Toksvig, Sarah Millican, Jo Brand and Roisin Conaty have all proven themselves well able to throw down with the big boys when it comes firing off news-related jokes for points.

Our own Maeve Higgins and Sharon Horgan are hilariously funny women who I’d love to see more of on tv, and Katy Brand, Josie Long, Ronni Ancona and Victoria Coren are more than able for the panel show dynamic. 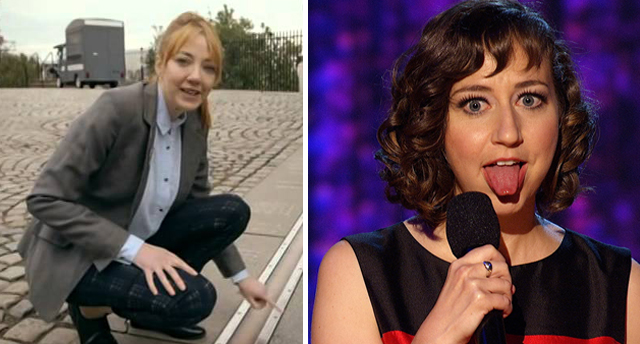 My own current favourites who I’d be excited to see on QI or Would I Lie To You (or pretty much anything) are Kristen Schaal, who was fantastic on 2013’s Big Fat Quiz Of The Year and Diane Morgan who has been cracking me up on Charlie Brooker’s Weekly Wipe as Philomena Cunk and really came into her own with her “Moments of Wonder” segment.

What do you think of the BBC’s ban on panel show sausage fests? Do you think it should have been announced at all? And which funny women would you like to see more of on tv?