Using Tinder at 4 am? You're using it wrong

Maybe it's because of our hectic working lives or maybe it's just our fear of actually talking to a human person you're romantically interested in face to face. Either way apps like Tinder are becoming paramount to people finding a match and thus the survival of the human race.

If you've been finding it tricky to find a decent match on these services it may be because you're using them at the wrong time. A new survey has found the optimum time to go on dating apps.

If you go online when most other users are online, then you're increasing the likelihood of you finding a potential match. The survey conducted users of both Tinder and OKCupid. 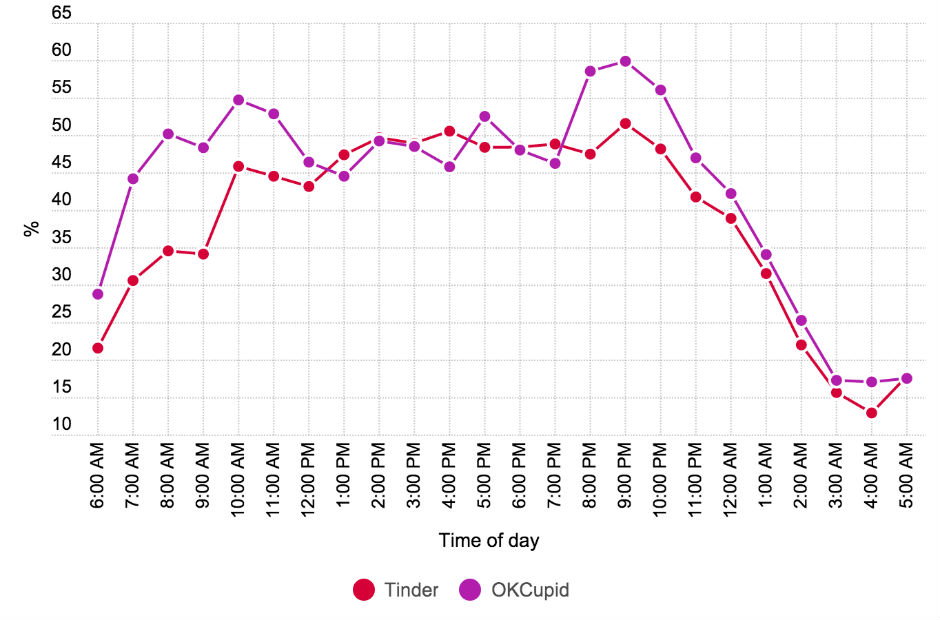 Apparently for both dating apps, the best time of day to go online is between 8 and 10 pm. Unsurprisingly, 4 am is the worst time to go looking for a match.

How Many Texts Does It Take For 20 Somethings to End Up in Bed?