DID you watch the new Dallas last night? Wasn't it BRILLIANT? They kept the theme tune and everything, I couldn't have borne it if they'd messed with the theme tune.

The internal family feuds, the barely veiled insults, the guns, the drama, the oil, Sue Ellen's enormous earrings and then, at last, just when you thought you were going to die if it didn't happen, JR put on his stetson and called some bit of skirt 'Darlin'. Swoon.

Of course Jesse Metcalfe as Christopher and Josh Henderson as John Ross didn't hurt in the eye candy stakes and there was more sexual tension than you could shake a stick at, all adding up to a brilliant 60 minutes. 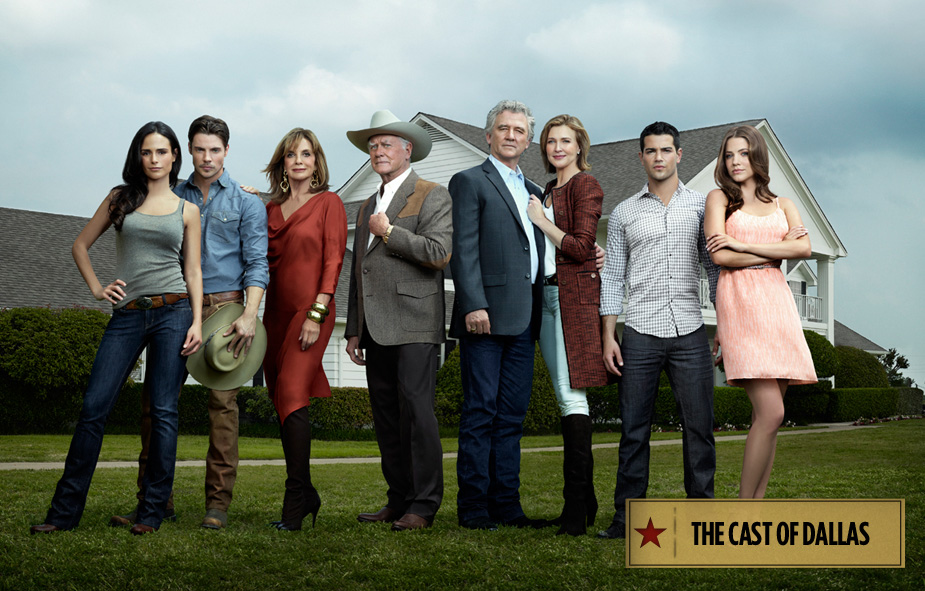 All the old characters were there - time has NOT been kind to Lucy - as well as some new ones sure to cause a stir and right from the get go it was pistols at dawn with the most dysfunctional family in America.

I have such fond memories of Dallas. We watched it religiously as kids in the 80s, being allowed to stay up late and everything. We'd get into our pjamas and everyone would crowd onto the couch and cushions on the floor and there wouldn't be a peep out of any of us for the full hour.

It was the one bit of 'bold' television we were allowed in our house, in two-channel land. My good, decent, Catholic Irish mother never allowed us to wear short skirts, chew gum, watch any movie with a rating higher than G, listen to Madonna or miss Confession. But by God she allowed us to watch Dallas. JR ridin' some young wan on a desk, murders, alcoholism, illegitimate children, we saw it all with her permission.

It sucked her in, she was dazzled by the glamour and the shoulder pads, the clip on earrings and the decadent lifestyle, so she couldn't help herself; we only had one television in our house at that time so I think it was a case of let us all watch it or miss it altogether. And that was never going to happen.

We even made up our own words to the theme tune and would sing them lustily every week along to the music, delighted with ourselves. I'm just so happy it's back I could ... I could ... well, I could sing.

Is This Really The Very Best Song of the '80s?

Can't wait for this.

The '80s animated classic gets a 21st century update