The eyes of world media were firmly on the recent 'Avengers: Age Of Ultron' European premiere and Feehily, formerly of Westlife fame, used the massive platform to promote voting 'Yes' in the upcoming referendum.

We like the cut of your jib, Markus (we'll get used to the 'us' bit, we promise).

As for the rest of the attendees - the entire cast of the film were there, including Scarlett Johansson, Chris Evans, Chris Hemsworth, Jeremy Renner, Robert Downy Jnr. and - seemingly the man of the moment - Mark Ruffalo. His mere presence got one soul on twitter fierce riled up by his mere stance. Not even by his Hulking... just his stance

If only EVERYONE could stand in a Ruffalo Stance *shirt off, vulnerable yet paradigm-bustlingly intelligent, in a caressing key-light*

That's Neneh Cherry in the head for the rest of the day!

Any thoughts on Scarlett's Balmain jumpsuit? Yep, jumpsuit, not a dress. Swear. 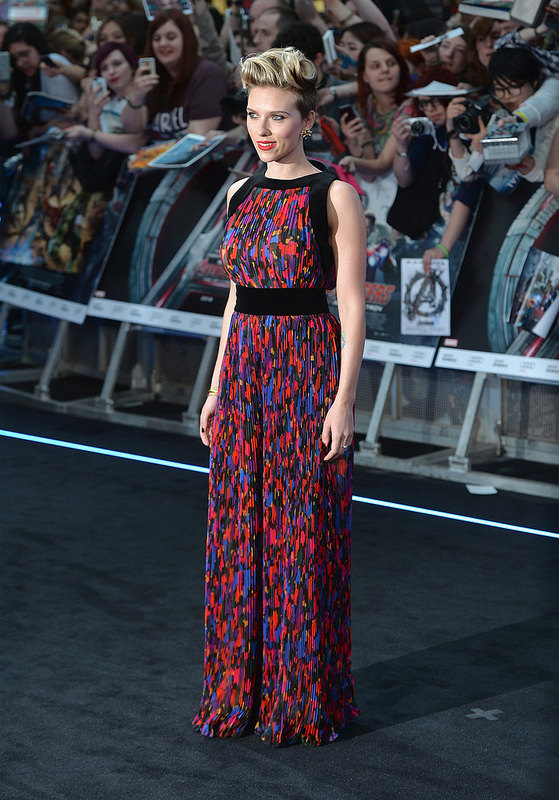 Chris Evans Scares 7 Shades Out of Scarlett Johansson on Ellen

And she talks motherhood

It's a Superhero Showdown on Tonight's Graham Norton Show

And our favourite 90s band appear too! *Swoon*