It may have been cheesy, but Blind Date was great last night and you know it

Blind Date Ireland kicked off its inaugural show last night and it was exactly what we had imagined it would be - an hour of cringetastic, shiny-floor-show entertainment that had more innuendo than you could, ahem, shake a stick at.

There were those that found it too much cheese, that wanted to avert their eyes at the sheer embarrassment of it all, and to those we say, yes, obviously, what were you expecting?

It was also never going to live up to Cilla Black's show in its heydey because times have moved on and who could ever fill Cilla's shoes anyway? Whether you're a fan of Al Porter or not, he made that show his own last night and brought the sense of divilment a show like that needs to never take itself too seriously.

There were corny one-liners, over-dressed contestants, Prodigy impressions, one suitor that looked like the son of Ivan Drago (Creed 2 casting agents, we have your man) and even an impromptu shoe removal, what more could you want of a Sunday evening? Certainly better than watching Elaine Cassidy run rings around herself in the disappointing Acceptable Risk over on RTE One. 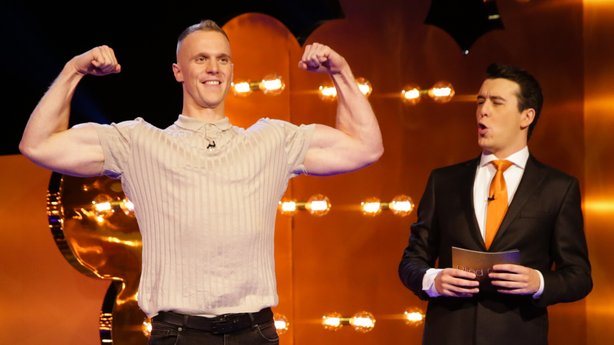 We were initially sceptical of the decision to move the show from its familiar Saturday evening timeslot of the nineties to a Sunday night but it actually worked out well and did well to not even try to pit itself against the TV giants of Strictly or X Factor. Also, after a long weekend, who has the energy for getting into anything too heavy - with the exception of Love/Hate, the most we can normally handle is a spot of Room to Improve drama over some ill-advised pipe fittings.

So far, Blind Date has filmed about 12 episodes, but we reckon it could be sticking around for a while and sure you never know, Al may even need to buy a hat yet.

The Irish version of Blind Date has found THE perfect host

We are SO on board with Today FM's new lunchtime presenter

There's only word for it - WOW