Pic: Niall Horan is hospitalised for a potentially career-scuppering condition

Don't worry, Directioners, he's not dying - but the condition that Niall Horan is being treated for could have a potentially serious impact on his line of work.

Niall Horan has revealed that he has been hospitalised for acid reflux, a painful condition that involves acid from the stomach travelling back up the oesophagus - and it can seriously damage your vocal cords if it's left untreated.

He posted several pics to his Snapchat over the weekend, one of which showed him hooked up to several monitors taped to his chest. Another snap was captioned: "Doctors waiting room !!- have to look after the vocal cords!” 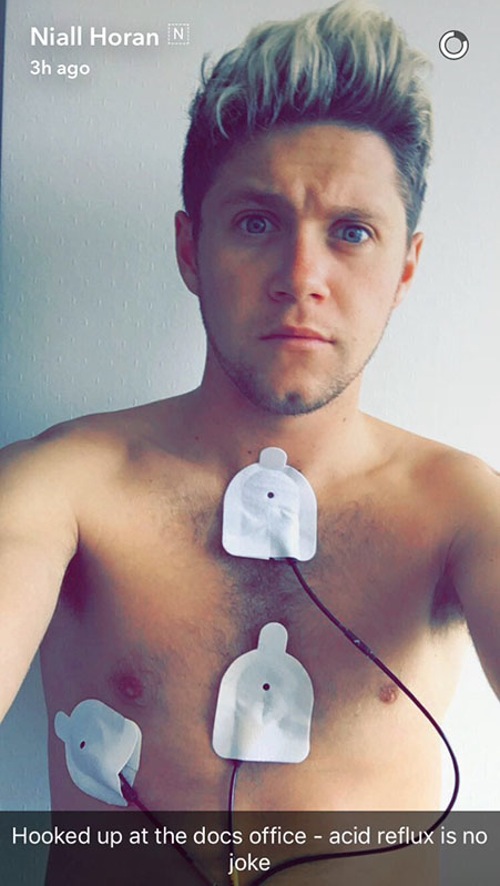 Although he recently annoyed Simon Cowell by signing to Universal instead ofSyco for his future output, could the 1D man's solo career be over before it's even begun? Luckily he has that golf management agency to fall back on...