There can be no denying that there is an unhealthy relationship in this country between people and food.

As highlighted by the recent RTE documentary, Sugar Crash, the Republic of Ireland has become the world’s fourth largest consumers of sugar with it being estimated that each of us takes on an average of 24 teaspoons of the stuff a day, most of it hidden in the food we eat.

How do we curtail this problem? Well, it seems like chocolate bar producers are looking to be our white knights, by shrinking the size of chocolate bars in order to reduce the number of calories in each packet.

You may remember a few years ago, it was widely reported that the Yorkie bar had decreased in size by as much as 14% since it's introduction in the '70s. Did you notice that for the past year the pink snack bar has only been offering two flakes rather than the traditional three?

While just last year, in the run-up to Christmas there were various memes floating around showing the decrease in size of the Quality Street tins over the years. 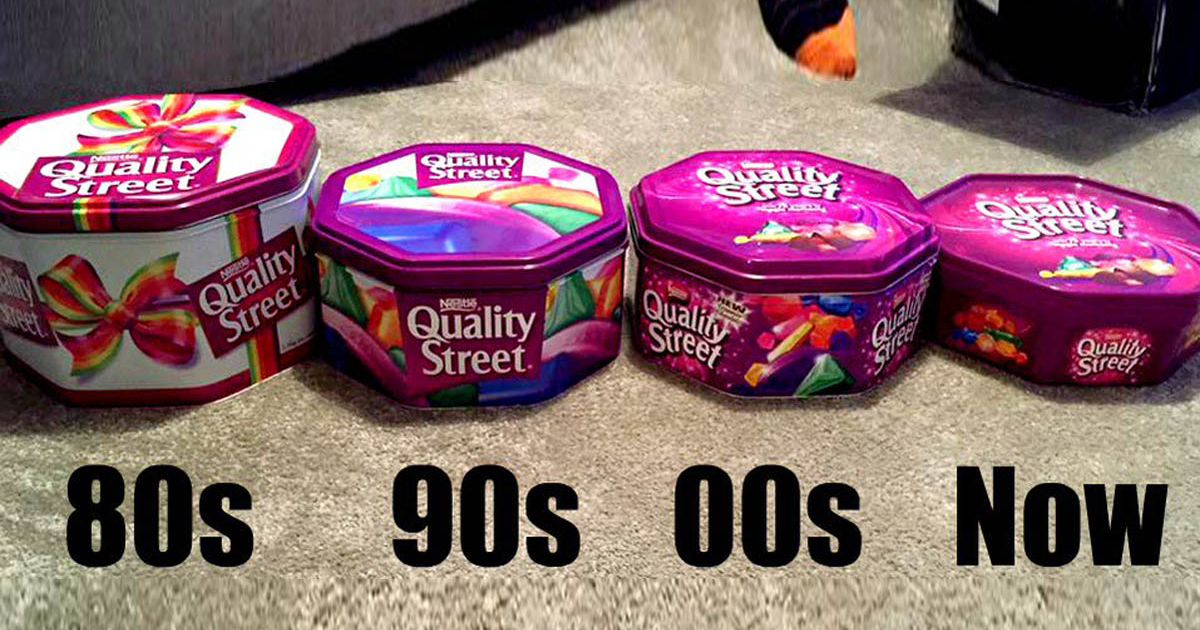 While some might see it as being admiral that these companies are taking action to curtail obesity amongst their consumers, there's just one small issue about it all. They're not reducing their prices to fall in line with this decrease.