Elbows are the new heels: be nice to them with feet cream 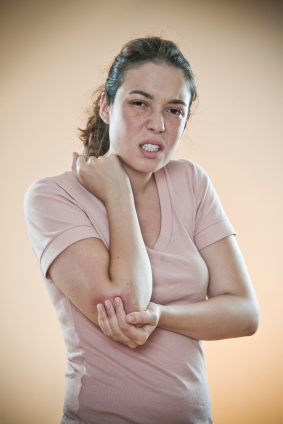 Woman realises elbows are instantly ageing her by ten years

You know I can't even remember where I heard this latest effin stupid pronouncement. It was on one of those cosmetic surgery programs anyway.

Oh for chrissakes I thought. Hands show your age (beware of Madonna hands for instance) - but who'd be looking at your elbows? We all know that arms are the new face (thanks for that Mrs Obama), but now we must worry about the state of our elbows too?

Which made me consider my elbows though.

They're actually not nice at all. Forget showing my true age - they were actually clocking up an age of about eighty. Rough and wrinkly - ugh. I hadn't paid much attention to them before, but now I started to be actively nice to them. Making sure not to leave them out when putting on body cream, that kind of thing.

It wasn't making any difference though. Until I hit upon the idea of rubbing foot cream into them. It's so thick and rich that it really works on elbows - plus now they smell minty fresh too (foot cream always smells thus).

Easy peasy lemon squeezy. They now feel like the rest of my arms now instead of some nasty old lady pumice stone. Re-sult!