Before anyone asks: no, we haven't set a date yet, and given that my skin has apparently decided to crap out completely that's probably just as well. It behaved itself very well over the summer, thanks to a dermatologist-prescribed course of antibiotics, but no sooner had I come off them than I was blighted by blemishes once again. My cheeks and temples were never problem areas before but now they're beset by the same vicious, sore, underskin lumps and post-spot scarring as my chin, my nose is as blackheady as ever, and the texture of my skin generally is as uneven as the back road between Monasterevin and Portarlington. (It's a bog road. It's bumpy. It can turn any car into a real boneshaker.)

I've also got small areas of pigmentation appearing on the tops of my cheekbones and the usual early signs of aging beginning to crease my forehead, but they're mere niggling concerns compared to my stubbornly polka dotted complexion. 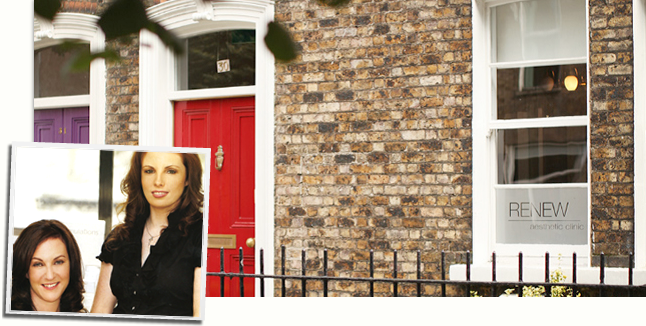 Feeling very disheartened that nothing I tried seemed to be working to shift my acne and frustrated by bridal beauty features that deal with, eh, pressing issues like "how to pick the best eyeshadow for your big day!" , I decided to pop into Renew when I was home a couple of weeks ago to see if they could prescribe a course of action that might sort me out. I met with clinic founders Jeanette and Sinead who were certain that my pustules could be banished in short order. They've devised a plan with an initial focus on Serious Homecare to treat and hopefully obliterate the acne and tackle pigmentation, sun damage, and my aging concerns, followed by a programme of microneedling – which, like a total nutter, I'm very excited about – to deal with my post-acne scarring. 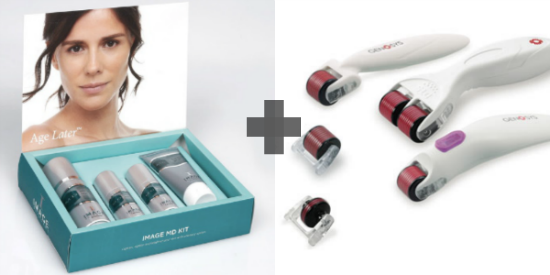 The Serious Homecare is the Image Skincare MD Kit, above left, available only from medical professionals. The products feature heavy-hitting ingredients like exfoliating AHAs and BHAs as glycolic and salicylic acid, anti-aging retinol derivatives, whitening agents, and collagen-promoting peptides to stimulate cellular turnover and rejuvenate the skin. Plant-derived stem cell technology, stabilised forms of Vitamin C also put in an appearance, repairing and preventing oxidative stress and damage, as well as plant extracts and anti-inflammatory agents to nourish the skin.

On Jeanette and Sinead's instructions, I've been introducing the MD Kit into my routine gradually so it'll be a while yet before I can offer a full review, but I will say that from day 1 there was a noticeable reduction in inflammation and redness (as verified, unprompted, by my mam and sister) and the spots are already beating a retreat (as confirmed, unprompted, by Himself.)

It'll be grand before I get married.