If you're familiar with the works of Tinder, then you'll know that there are plenty of ways that people try to make themselves stand out on the dating app.

One reddit user in particular may have just set the bar, however, as he decided to get a few of his ex-girlfriends to write up a review for him, and rate their experience of him on a five-star scale. Jake decided to text his exes (at 1am, when all the best texts are sent) to ask for the review, because, in his own words "I've been taking dating a little to [sic] serious lately", and that his plan "worked out exactly as I thought it would. 1 ex won't stop texting me now, and the others hate me even more then when they left to begin with". Success? 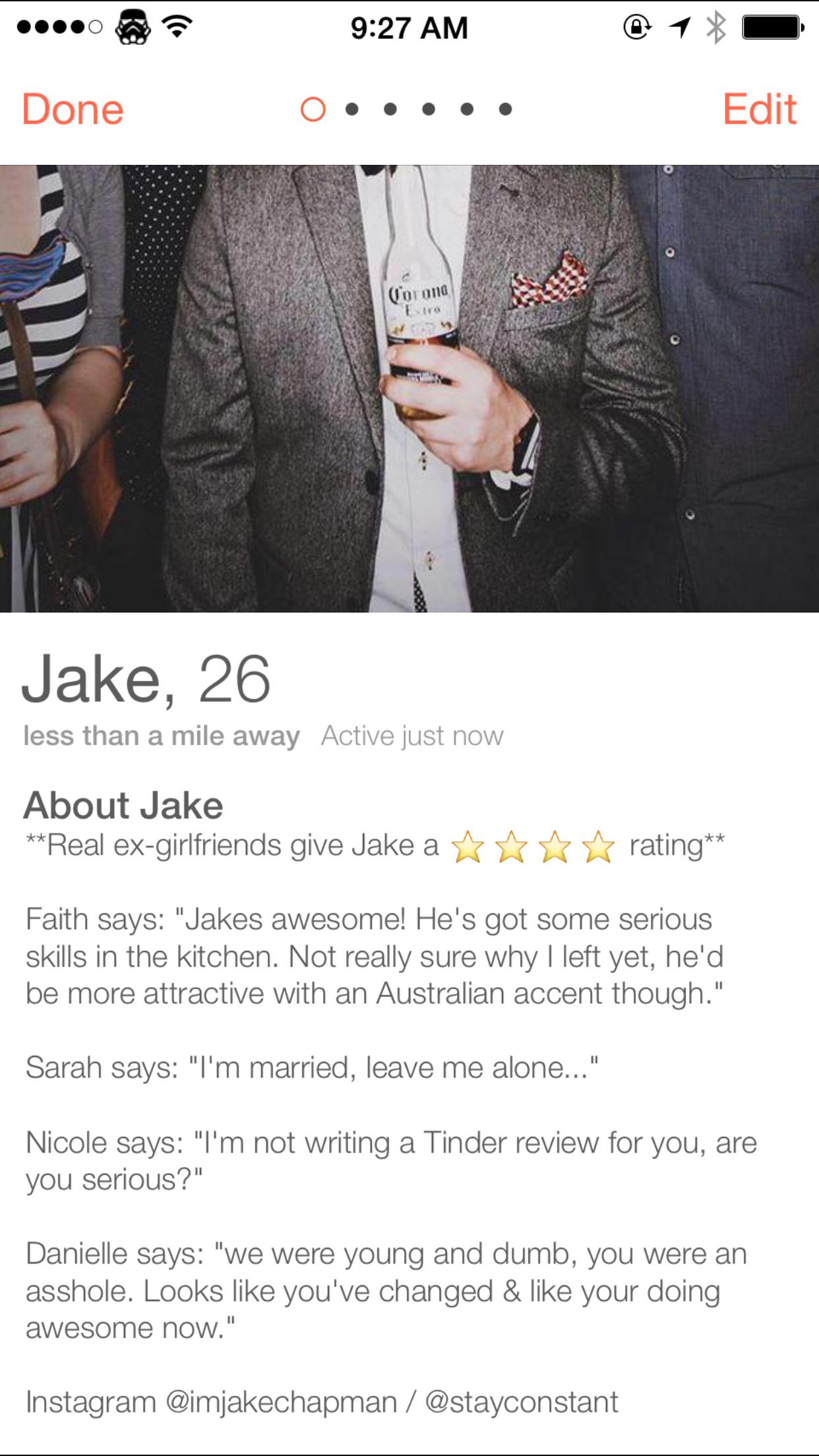 Posting on the page to update everyone who was interested in his story, Jake revealed that one of his ex-girlfriends, Taylor, who he hadn't asked for a review had been in touch after hearing about the story and was terribly offended, but wrote a review for him anyway, saying "He's got a job, condo, dog, fast car, can cook, good with his hands :) and is a complete sweet heart. The only thing keeping me from trying to be with him is 1,155 miles".

That sounded promising for Jake, if not a little bit over the top from Taylor, but he apparently woke up the next morning to find that Taylor was on her way to him, having broken up with her boyfriend. 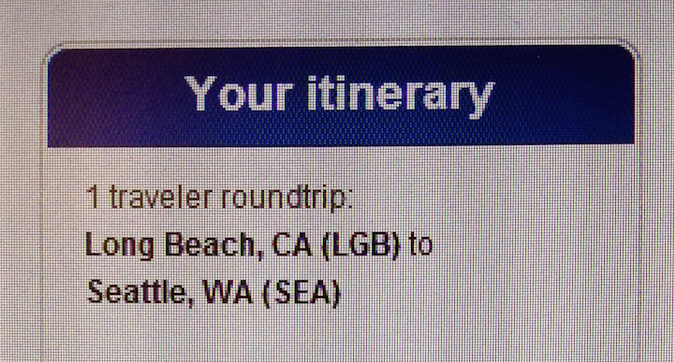 Ah Tinder, the home of romance. Anyway, a couple of people have started copying Jake's style already, so if you were planning on doing something similar for your own Tinder, then you're already too late.

But this idea of leaving a review of an ex has struck a cord with us. And we'd love to hear what one line reviews you'd leave to your not-so-dearly dating departed.

The good, bad and ugly

Freckles are 'imperfections' according to Match.com

People are not happy with this ad

More than just for beautifying

So it's an engagement ring, right?

Cara Delevingne & Her Skirt: The Stars of London Fashion Week

On the frow with Moss, Miller, Waterhouse...