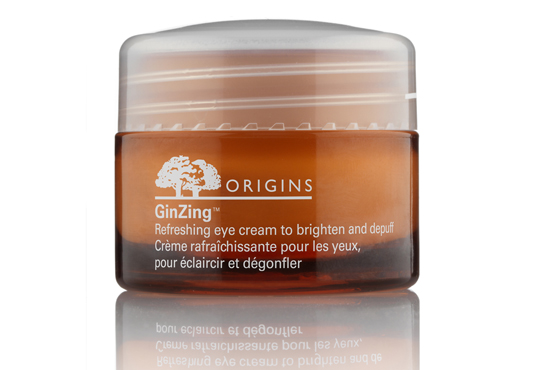 I'm really sceptical about eye creams that claim to  banish dark circles, so you probably won't find much on Beaut.ie about them. In general, I wonder how can something that's applied topically have an effect on a problem that's caused by blood pooling in the eye area. Often, what these sort of products include instead are things like light-reflecting mica or small amounts of pigment to tone down the appearance of dark circles. But reducing the appearance is not the same thing as reducing the actual problem.

And while Origins' new eye cream, GinZing Refreshing eye cream to brighten and depuff, €31, uses silica and mica to help tamp down the look of your under-eye bags, there's something else in there that's interesting: magnolia.

Not just a pretty face, the plant came to the brand's attention because of reports in scientific literature (Guerlain are using it too in Success Age Splendid) "This triggered our attention and we thought it could work for us,” Dr Lieve Declercq, the global spokesperson for plant physiology and molecular biology at Origins, told me.

And why a flower? “The major benefit is botanicals often perform multiple tasks as opposed to one single function, and this is the strongest we have ever used,” she says. But it is the plant's abilities to control vascular permeability and the fact that it's a potent antioxidant have made it  perfect for use in the new product.

“Dark circles are caused by blood vessels under the skin,” Declercq says, adding “when you are tired, they become leaky and because the tiny capillaries close to the surface in the eye area are very noticeable, you can really see them.” This leaky thing is worrying: “the vessels let extra cellular fluid and blood out but we have found that magnolia makes the eye area less prone to this problem in the first place, and it controls that sensitivity and stabilises blood capillaries too,” she explains.

Sounds interesting, doesn't it? The company has backed the product with both clinical and real-person trials and statistics include 68% improvement in moisturisation and a 38% improvement in radiance.

What do you reckon? Will you give it a go?