Wake Me Up Before You Go Go: Anti-Fatigue Foundation From Rimmel Review and Swatches 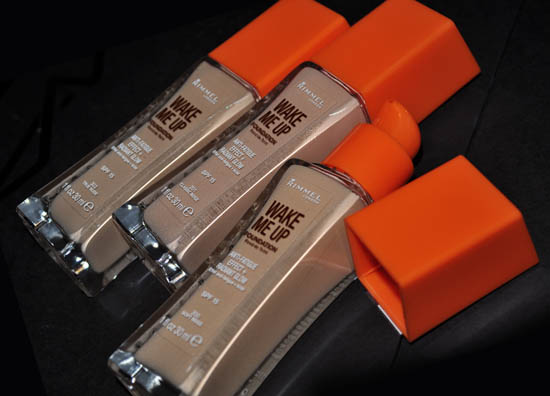 The tail end of a festive period where I never quite made it to bed before 1am any night seemed like the perfect time to put Rimmel's new Wake Me Up Foundation, €10.95, to the test. Keen to see if it could improve the look of my wan, partied out, post-Christmas complexion, I broke out a bottle last week and took it for a spin.

"Tired,  jaded skin is history!" said the accompanying press release; I nodded hopefully as I read it. "Now you can wake up and glow without having to resort to a double espresso!" Just as well, I thought, since my liver was in no state to deal with anything other than the very purest mineral water.

Wake Me Up promises to eliminate visible signs of tiredness and premature ageing and help fake a daisy-fresh glow by disguising the look of pores, fine lines, and wrinkles and giving an even, flawless, but natural-looking finish for up to 10 hours. 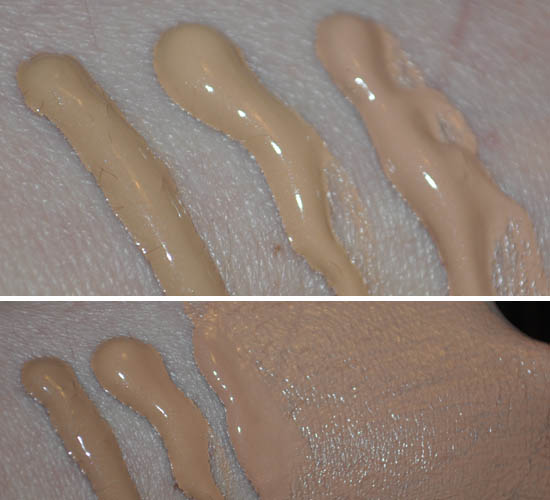 I tried shade 200, Soft Beige, which I found to be an ok match for my pale but not porcelain skin; in total, there are six shades available. Application was a dream and Wake Me Up glided on without caking or clagging, was easy to blend, and didn't settle into fine lines or accentuate dehydrated patches. Coverage is medium with a natural, fairly dewy finish, thanks - apparently - to radiance pearls which illuminate the skin. Added skincare benefits come in the form of peptides to maintain skin's elasticity and SPF15 for sun protection.

There's no doubt that I looked heaps better than I felt when I was wearing Wake Me Up: I found it a flattering (and forgiving) foundation, making me appear (almost) bright eyed and busy tailed when I felt like death, never mind death warmed up. I did need to use a separate concealer to disguise my impressive black circles and suspect that this is a foundation that could tend to look shiny if worn over very rich moisturiser (mine's mattifying), but all things considered, I was pleasantly surprised by this foundation.

For the sake of my liver, I've left the late nights and the partying behind me, but I'll be continuing to use it Wake Me Up for the foreseeable.