Cheryl's Instagram hacked - and the hackers did not hold back

Having been quiet on the social media platform for about a week, a post shared this morning via Cheryl Fernandez-Versini’s account shocked many of her 2.7 million followers

The picture was a dripping upside down cross captioned ‘666 F*** LIAM PAYNE'. Erk.

Another image in the flurry of snaps was a Witches Pentagon alongside the numbers 666, which is associated with the devil. The caption read: 'HAIL SATAN 666 B***H THATS WHAT WE DO'.

The shocking hack comes at a difficult time for Cheryl, as her divorce from Jean-Bernard Fernandez-Versini was finalised only on Thursday. Cheryl remains in the UK, while boyfriend Liam Payne headed to LA last week to continue work on his solo music and is now reportedly in Vegas.

The images were deleted shortly after the hack, but Twitter was flooded with messages from concerned and shocked fans and followers.

The first post put up on Cheryl’s account linked to a group called the Cyber Wolf Gang, and it is believed that these are the hackers. 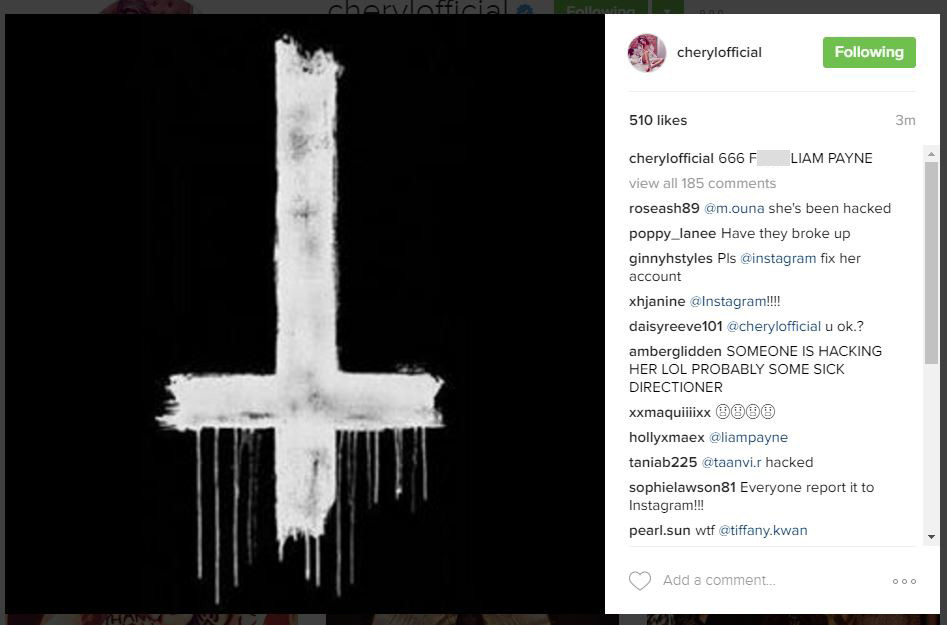 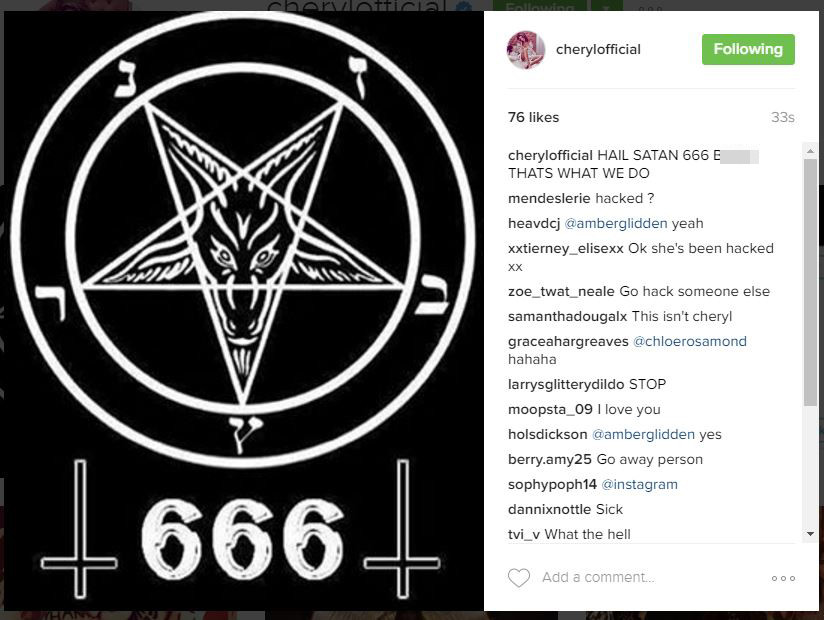 Liam Payne and Cheryl's baby has a name!

Can you recognise the pop star from adorable baby pic?

According to Simon Cowell