Could Your Candles Be Carcinogenic? 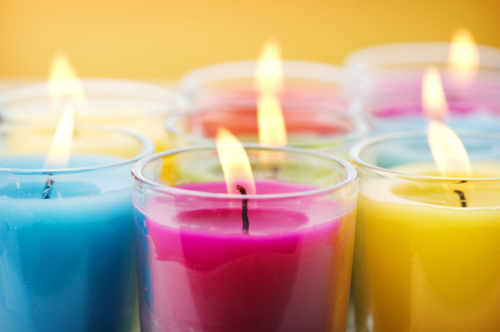 We've been busy debating the merits of fancy 'spensive candles on the Blather over the last few days, trying to decide whether a Jo Malone would trump a Diptyque and how a Cloon Keen Atelier offering might stack up against a Max Benjamin number. So I was thinking of y'all when I came across a study that was presented orally to the National Meeting of the American Chemical Society (ACS) in Washington on 19th August last.

That study was conducted at South Carolina State University, and reported that burning paraffin wax candles releases harmful fumes into the air of your home, including some toxins that have been linked to asthma and eczema as well as known human carcinogens. This was said to be because burning candles doesn't produce high enough temperatures to completely combust the heavy molecules contained in paraffin wax. This in turn led to the formation and emission of the potentially hazardous molecules.

Beeswax and soy candles, by contrast, were not found to produce the same amounts of indoor air pollutants.

One of the researchers did state that the emissions of an odd paraffin candle was unlikely to have any adverse effects but cautioned against prolonged exposure to multiple lighted paraffin candles (as in every day for years) or lighting them frequently in unventilated areas.

Commenting on the study, the NHS said that since the levels of gaseous chemical emissions from the paraffin-based candles were not given, it's impossible to either have a sensible discussion about whether the doses or types of chemical produced are a cause for concern or relate them to any minimum safety levels.

UK cancer experts have also offered their own analyses.

Dr. Joanna Owens, science information manager at Cancer Research UK, said that, "when talking about cancer risk, it's important to focus on things we have hard evidence for. There is no direct evidence that everyday use of candles can affect our risk of developing cancer. In terms of cancer, a far more significant type of indoor air pollution is secondhand cigarette smoke. Lifestyle factors such as smoking, alcohol, obesity, unhealthy diets, inactivity and heavy sun exposure account for a much larger proportion of cancers."

Honorary Medical Director of the British Lung Foundation, Dr. Noemi Eiser, said, "We would like to reassure people that occasional use of paraffin candles should not pose any risk to their lung health. However, we would advise people to take sensible precautions when burning candles, such as opening a window to keep the room ventilated to minimise the amount of emissions breathed in."

What do you make of it all?

Comedian Victoria Wood has passed away

More than just for beautifying

Angelina Jolie Bravely Chronicles the Removal of Her Ovaries