Rooney Mara is The Girl with the Dragon Tattoo: make up maketh the woman 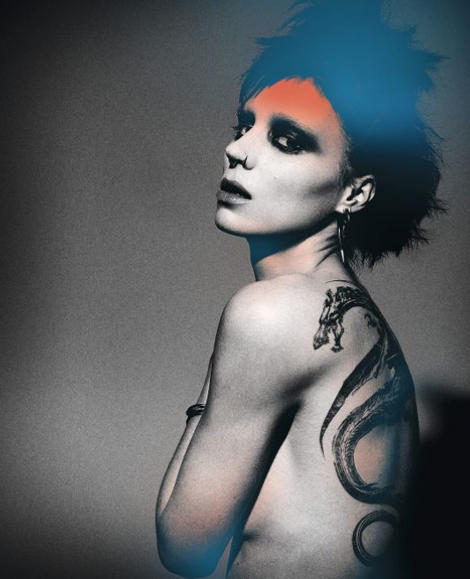 Look of the year - and we're only at the beginning of January.

This is not a film review, nor is it a comparison of the earlier Swedish incarnation of the Girl With the Dragon Tattoo.  No, it's a celebration of Rooney Mara in the part of one of the iconic fictional characters of our time: Lisbeth Salander.  Now I know there's a lot of bitching on the Internet about Mara and the supposedly ungrateful comments she's been making in interviews about other parts she's played (Law and Order and Nightmare on Elm Street): but lets face it there's ALWAYS a lot of bitching on the Internet about everything that ever happens.  And this film is destined to be controversial - book to film is bad enough but it's also a Hollywood version of a previous  foreign language version

But the fact of the matter is that Rooney is fantastic as Salander.

Damaged.  Salander is deeply damaged and it shows in her clothes.  In her hair.  In her makeup.  Rooney bleached her eyebrows white (one of the more startling parts of the look); shaved her head, dyed her hair, pierced her ears, lips and nipples and submitted to the makeup chair for hours on end.  The resulting look is as intense as the character of Salander deserves.  The film is darker than the book and Salander more aggressive and alienated.

Her makeup and the whole look is quite simply fantastic:  she's been featured on the cover of American Vogue as a watered down version of Lisbeth Salander. 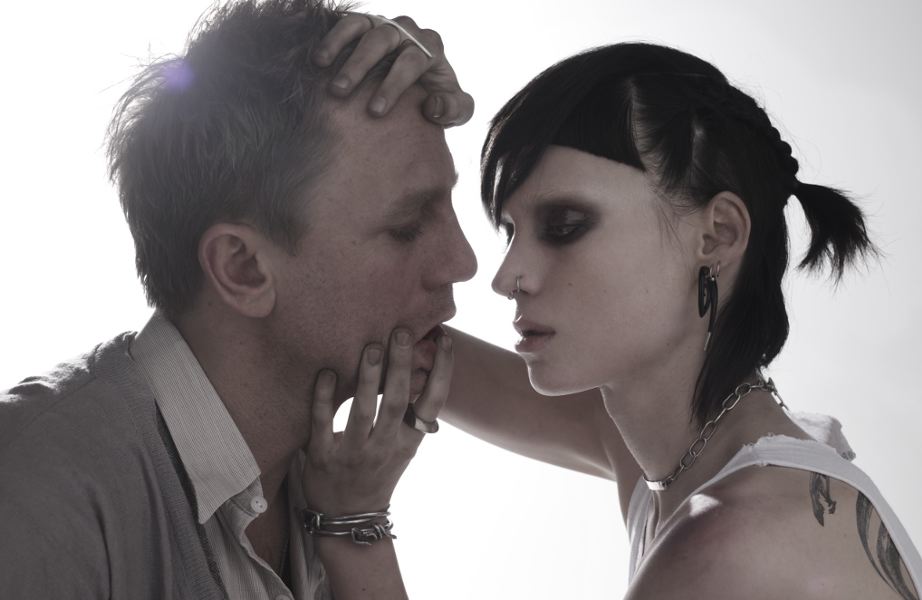 Despite the dodgy accent and the constant sandwich making by Blomkvist (well that's true of the book anyway),Daniel Craig doesn't do half badly either.  The most challenging costume requirement for him however was squeezing into a very teeney arsecrack flashing pair of briefs of the kind so beloved of European men.  But to have a film where Craig is not displaying the bod would be quite frankly unthinkable.

And later on as we see Salander transform completely with long blonde wig, statement handbag and expensive clothes in order to conduct some high class fraud, we are reminded of how central getting the look right was to the portrayal of the character.

Watch the clip of the Vogue Shoot below:

Have you seen the film yet?  What did you think?