Vegansexuals: vegans are doin' it with themselves 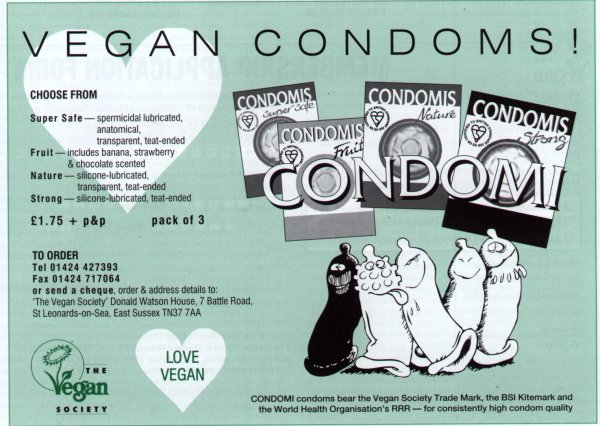 Here at Beaut.ie we like to talk about all sorts of diet and lifestyle choices. Vegans have one of the strictest diets going. No animal flesh or animal by products (like cheese, eggs and so on). And now it turns out that they won't even have sex with those that eat meat.

ABCNews.com reported on research carried out in New Zealand on 157 vegans. All of the women agreed that they didn't want to go near a steak chewing monster - the men didn't seem bothered. Surprise! They don't like sex with carnivores, for personal reasons: they see meat eaters' bodies as being composed of the lives of others and didn't want to engage in intimate sex ... because of the smells and tastes of body fluids."

The most hilarious part of the report however was the stance Peta took on the findings.

'"Sex is a very effective form of outreach and activism," said Dan Shannon, a PETA spokesman, and 10-year veteran vegan, who thought meat eaters could be converted by their partners.'

So vegans go forth and do the wild thing. Sleep with those carnivores - convince them to give up their ways.

All quotes are from this report.