Will the UK Voice do for Danny O’Donoghue What the Irish Voice did for Bressie?

Embedding this vid because it's so Beaut.ie

One of the greatest mysteries of early 21st century Ireland will surely be the fact that hardly anyone had noticed - until the big red chairs swung around - that Bressie was the most gorgeous thing ever.  Children will study this phenomenon in history at school and return home confused that no one had copped.  "But how?" they will wail.  "And why?"  But there will be no answer.  It will just be one of those things that no one will ever understand.  Like Pi.

We all know by now that Bressie was hiding his ride under a bushel.  Luckily The Voice exposed him to the nation as the sulky hunk of broodin' love that he surely is. (Read Bressie you feckin ride: The Voice has its winner)

As he earnestly scribbles notes during the caterwauling of the contestants and tells them what he can do for them, I know we are all bound by one simultaneous feeling of ... love.  Yes er, love.  That's what we're feeling.

Pitting him against the hapless Kian was a stroke of comic genius on the part of the producers that only makes the whole thing more enjoyable. 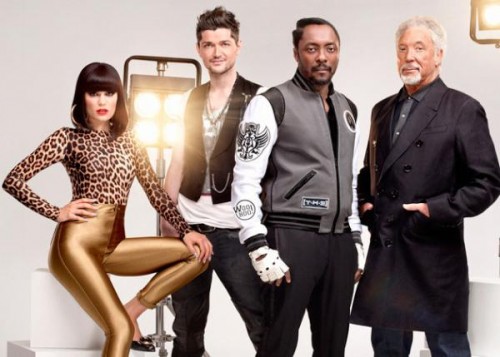 And now is it the turn of Danny O'Donoghue from The Script? He's one of the four judges in the UK version of The Voice - and because it's a UK production it's obviously going to be Bigger, Fatter, Voiceier than our version. Will.i.am can be Kian - he can't sing either. Tom Jones and Brian are blood brothers in the big voice, shouty stakes. Jessie J, although not a patch on our lovely Sharon Corr, is the only female judge. And Danny ... why Danny is all set to be the new Bressie lite.

Have a look at this clip to inform your opinion - liking the cheeky grins to camera.  Slightly worried at first that the hairdo was a mullet, but it seems to be ok.

Want my considered opinion?  I would give him a definite YES and I can't wait to see him explode onto the UK scene.

The UK Voice starts on March 24th - we'll be watching.  Tell us what you think!