And who said Chanel take themselves too seriously? The Brad Pitt Chanel ad is the best laugh ever 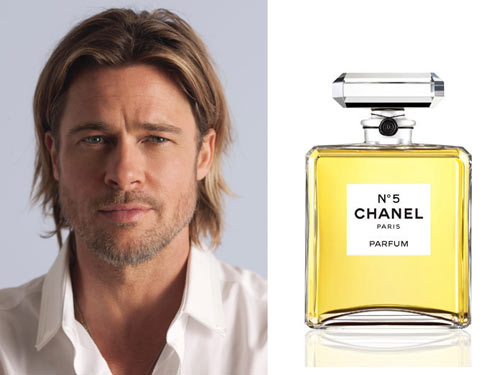 HAVE you seen the new ads for Chanel No 5 featuring Brad Pitt? Aren't they the biggest pile o' shite you've ever seen in your life?

A grey-haired, grey-bearded Brad, looking more and more like a skangery Colin Farrell, stands in a grey shirt against a grey background looking earnest and mournful, spouting some rubbish that has nothing whatsoever to do with perfume.

"It's not a journey. Every journey ends, but we go on. The world turns and we turn with it."

Wha'? What's that supposed to mean Brad, eh? Maybe the next line will make more sense, let's see, shall we.

"Plans disappear. Dreams take over. But wherever I go, there you are. My luck, my fate, my fortune."

No, sorry, no idea. What utter gibberish. What any of that has to do with perfume is beyond me. I like my advertisements the way I like my art: traditional.

At least when Barry Scott was roaring at us about Cillit Bang it was clear that he was talking about the power of a bathroom cleaner.

I think the very worst thing about these advertisements however is the look on Brad's face as he's saying the words - who said method acting was dead? The ad is so laughable it's spawned a host of well deserved parodies: take a look at this one for example.

It reminds me of that scene in Sex and the City where Smith is in some terrible community theatre play in Brooklyn and gives a monologue about the rain coming down, 'hard, then soft' and he eyeballs Samantha as he's saying it. It's supposed to be sexy and earnest but ends up being hilariously ridiculous.

At least in that scene however, Smith gets his kit off. That was something. Not so in these Chanel advertisements, Brad remains resolutely fully clothed.

I don't know, maybe I'm being unnecessarily harsh - philistine that I am - as Chanel has form for arty, unusual ads and they're generally well received.  Do you get what they're trying to say - and if so can you explain it to me?!