Let's discuss: when the Irish customer care call centre is not in Ireland 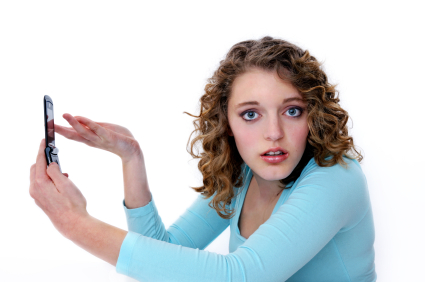 Last night I had what I think was the worst customer service episode of my life.

It was sustained.  It was unspeakably rude.  And it involved me being hung up on several times.

All courtesy of Tesco and their online shopping call centre.  Basically, and to cut a very long story short, I often order from the Tesco delivery service and have always found them good, prompt and polite until now.  But on Sunday the shopping didn't turn up in time and forty minutes past the delivery time I had  to go out.  I rang the call centre to cancel and arrange delivery for the next day.

The next day the delivery didn't turn up either.  I rang the call centre again and thus began the descent into hell.  Despite this being the so called Irish call centre, the UK employee on the other end of the line couldn't understand my accent.  And no matter how many times I told her my email address she couldn't understand me and kept pretending my email address "wasn't in the system."

Frustrated I asked to speak to someone who could actually understand Irish accents.  And thus began the passing of my query from Billy to Jack, the hanging up on me when they just couldn't be bothered to find out what had happened to my order and - this was the worst one - pretending the signal had gone and they couldn't hear me any more.

Eventually someone told me that I had been rung that day to tell me the order wouldn't be delivered.  There was no missed call on my phone.  Then it turned out that they didn't actually understand that Ireland was a different country and they had to put a code before our phone numbers in order to get through.

This was why obviously they were unable to contact the driver to find out where my shopping was the day before.  They asked me what centre my shopping was coming from.  When I told them Maynooth I might as well have said Timbuktu for all the sense it made - they'd never heard of it.

And then they hung up on me again.  I rang back.  They instantly hung up.

What is the point in having an Irish customer service number if it so patently does nothing to serve its Irish customers?  If its employees are so badly trained that they don't actually understand that Ireland is a completely different country with different dialing codes, towns and accents.

Jesus Tesco.  Sort this out.

Have you had similar experiences?  There are certain "help" lines that I won't ring any more because the employees are so unhelpful and the cultural difficulty in explaining things to them is exhausting.  Insurance companies and telecommunications companies are two that spring to mind.

And oh yeah, now Tesco too.

Customers from hell: sales assistants don't have it easy sometimes

The Most Terrible Nail Bar Manicure: I paid to get this done?

ARGH! Stop Texting me! Salons Who are Text Happy - and You Never Said it was OK